In the United States more than 30 million people, approximately 10 percent of the population, have type-2 diabetes (T2D).1 Additionally, one in three adults in the US have prediabetes- that translates into over 84 million adults with hyperglycemia and an increased risk for frank diabetes. Diabetes is associated with other serious health concerns including high blood pressure, cardiovascular disease and obesity.1

A recent cross-sectional analysis examined the impacts of glucose metabolism status (i.e. normal, prediabetes and T2D) on cognitive function and performance. 2 Investigators explored the extent to which differences in cognitive outcomes were attributable to hyperglycemia, insulin resistance and blood pressure. Data from The Maastricht Study, an ongoing extensive phenotyping study focusing on the etiology of T2D and its comorbidities, was used for this analysis and included over 2,500 participants (mean age of 60 years; 52% men), 666 of which had T2D. Cognitive performance was assessed by a neuropsychological test battery.

The study demonstrated that participants with T2D had significantly lower cognitive performance (including processing speed, memory and executive function) and attention; statistical significance was maintained for this major difference even after adjusting for confounding variables (age, sex and education). Mediating factors were explored, revealing that the diabetes-associated differences in processing speed and executive function were driven mainly by hyperglycemia, while processing speed was mediated to a lesser extent by elevated blood pressure. There was no clear mediating variable to explain the lower memory outcome.

When compared to individuals with normal glucose metabolism, those with prediabetes did not demonstrate any significant differences in cognitive domains.  This suggests that a critical therapeutic window to affect change may exist before diabetes-associated cognitive decrements occur. 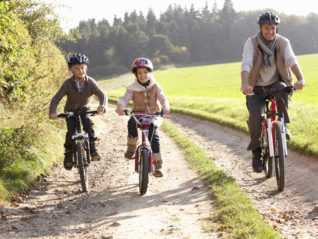