A large population-based study of patients with type 2 diabetes (T2D) indicates that achieving a greater number of “ABC” targets (A: HbA1c; B: blood pressure; C: LDL-cholesterol) incrementally reduced the risk of cardiovascular disease (CVD). However, not all ABC risk factors were of equal importance in CVD risk reduction.1

For adults with T2D, the American Diabetes Association (ADA) recommends maintaining optimal levels of all three ABC risk factors: HbA1c < 7%, blood pressure < 130/80 mm Hg, and LDL-C < 100 mg/dL.2 This has proven to be challenging, with only 14.3% of patients in the US and 12% of patients in Canada able to achieve three-factor control.3 Some deterring factors include adverse effects from treatments, excessive polypharmacy, cost, or treatment burden.

Researchers from the Department of Family Medicine and Primary Care at the University of Hong Kong conducted a study to understand the relative effects of the ABC factors, individually and in combination, on the prevention of CVD. Study methods aligned with the aforementioned ABC targets, except for blood pressure, for which the researchers elected to use local Hong Kong guidelines for diabetes care in adults (i.e. blood pressure < 130/90 mm Hg).4 By examining patient records at 74 outpatient primary care clinics in the Hong Kong area, the investigators identified more than 144,000 adult patients with T2D who were receiving health services for T2D. The patients were followed from the first time their ABC values were recorded until the occurrence of a CVD event, death, or the last date of the study, whichever occurred first.1

The sample size of this study was very large, however, the investigators acknowledged that the homogeneity of the cohort comprised Chinese patients from one geographic region. Also noteworthy, the effects of lifestyle factors such as diet and exercise were not assessed in this study.1 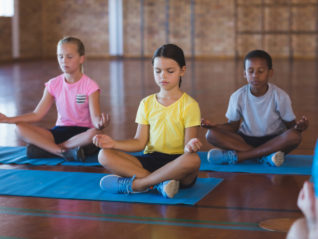