Effect of Diet on Breast Cancer and Mortality in Postmenopausal Women 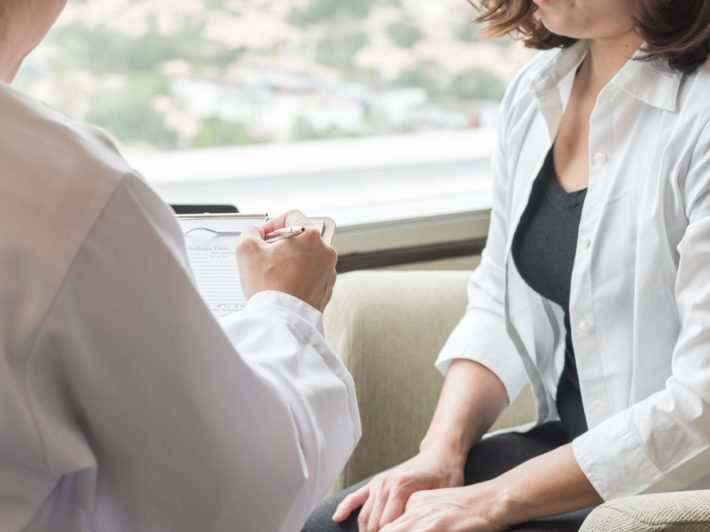 Some of the risk factors for breast cancer are unavoidable, such as age, family history, and being female. Other lifestyle factors can be modified, such as diet, and they can significantly reduce the risk of breast cancer and breast cancer-related mortality.

Several publications based on large-scale analyses have provided insight on the effect of diets on postmenopausal breast cancer. The findings of these studies are summarized below.

A team of researchers from Integrated Cancer Registry of Catania-Messina-Siracusa-Enna from Italy, NNEdPro Global Centre for Nutrition and Health from England, and Harvard University and Harvard Medical School from the US conducted a comprehensive analysis to investigate the relationship between dietary patterns and risk of cancer. They identified 93 epidemiological studies in the scientific literature, including data from more than 2 million individuals, for the meta-analyses.2 ‘Healthy’ dietary patterns were mainly a fruit- and vegetable-based diet that was roughly in line with general dietary guidelines. ‘Unhealthy’ dietary patterns were generally characterized by red and processed meat, sugary drinks and salty snacks, starchy foods, and refined carbohydrates.

Mediterranean diet may be beneficial

The Mediterranean diet—characterized by a high intake of plant proteins, whole grains, fish and monounsaturated fat, moderate alcohol intake, and low intake of refined grains, red meat and sweets—has been associated with reduced mortality and risk of cardiovascular diseases. Researchers from the Maastricht University Medical Centre from the Netherlands were interested in whether Mediterranean diet also modulate risk of postmenopausal breast cancer.3

They first investigated in a Dutch cohort. The Netherlands Cohort Study included than 62,000 postmenopausal women aged 55-69 years, who provided dietary information at baseline and were followed for cancer incidence for the next two decades. The researchers found a statistically significant inverse association between Mediterranean diet adherence and risk of estrogen receptor negative (ER-) breast cancer.3 Compared with those with low adherence, women with high adherence to Mediterranean diet had their risk for ER- breast cancer reduced by 40% (hazard ratio (HR) = 0.60; 95% CI: 0.39-0.93).3 There was an inverse association between Mediterranean diet adherence and ER+ or total breast cancer as well, although the association did not reach statistical significance.

It may appear that Mediterranean diet is beneficial only for a specific group of women because the majority of breast cancer cases are ER+, not ER-. Nevertheless, these study findings can be clinically important because women with ER- breast cancer do not respond well to hormone therapy and have lower survival rates than those with ER+ breast cancer, and this diet may help reduce their burden of cancer. Further, Mediterranean diet has demonstrated many other benefits, such as reducing cardiovascular risk factors, improving glycemic control and supporting neurocognitive health.4

The Women’s Health Initiative Dietary Modification (WHI-DM) trial is a long-term study that investigates the effect of low-fat eating pattern in postmenopausal women without prior breast cancer. This study can help researchers understand if low-fat diet affects mortality rate. Nearly 50,000 women were randomized to (1) a usual diet, or (2) a dietary intervention with goals of a reduction of fat intake to 20% of energy and an increased intake of fruits and vegetables (> 5 servings/day) and grains (> 6 servings/day). Any death as a result of and after breast cancer during the 8.5 years of intervention was documented. After the intervention ended, the investigators continued to follow these participants for 16 years.5

One of the most common vasomotor symptoms during menopausal transition is hot flashes. In the aforementioned WHI-DM trial, approximately 7% of the women reported moderate to severe hot flashes at baseline. These women were relatively younger, more likely to be obese, sedentary, or current smokers, and more likely to have early pregnancy. This allowed the study investigators to evaluate the effect of a low-fat dietary pattern on breast cancer incidence based on participants’ hot flash status.6

They found that, among women assigned to the low-fat dietary intervention, those who had hot flashes at baseline had a (statistically nonsignificant) 35% risk reduction in breast cancer incidence compared with a (statistically nonsignificant) 7% reduction in those who did not have hot flashes at baseline.6 This observation seemed to be specific to ER+/PR+ subtype of breast cancer; these data suggest that women who are experiencing hot flashes may be more likely to reduce their risk of breast cancer (particularly ER+/PR+ subtype) by adopting a low-fat eating pattern.6

The investigators speculated that low-fat diets may modulate endogenous estrogen levels and estrogen metabolism, both of which are linked to breast cancer development and vasomotor symptoms. However, these findings are based on secondary analyses and only hypothesis generating at this point. Larger studies will be needed to confirm whether hot flash status can be used as a predictor with which to identify a subgroup of postmenopausal women who may benefit most from a low-fat diet.

Although postmenopausal women are at increased risk of breast cancer and other comorbidities, there are dietary strategies available that may help these women reduce their risk and mortality. Some may benefit from a Mediterranean diet, others may benefit most from adopting a low-fat eating pattern. The effects of healthy eating go beyond cancer risk reduction, as they also improve cardiovascular risk factors, assist glycemic control, and support neurocognitive health. Adherence to healthy dietary habits will help postmenopausal women live a happier and healthier life. 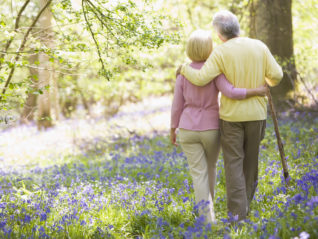