Magnesium, Carbs & Diabetes…Is There a Link? Collaborators from Tufts University, Harvard University, and Brigham and Women’s Hospital, sought to investigate the impact of magnesium intake, from both dietary and supplemental sources, on the risk of developing T2D in subjects who had diets with poor carb quality and raised GI, GL, or low fiber intake.1 They followed three large prospective cohorts, NHS, NHS2 and HPFS (totaling over 202,700 participants). Dietary intake was quantified by validated food frequency questionnaires (FFQ) every 4 years, and T2D cases were captured via questionnaires. Over 28 years of follow-up, there were 17,130 cases of T2D.

Consuming a poor carb quality diet over the long-term may increase the demand on pancreatic beta cells, contributing to beta cell exhaustion and failure, resulting in increased risk for diabetes. Magnesium may help mitigate this process. Low magnesium may not only be a cause of diabetes, but also a consequence.

Similar to the US population estimates, 40-50% of study participants had inadequate magnesium intake. A healthful, varied diet and supplemental magnesium (especially in diets that restrict or exclude carbohydrates, dairy or meat) are essential to ensure sufficient daily magnesium intake. 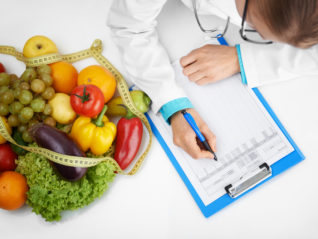