Does Your Oral Microbiome Respond to Your Evening Cocktail? It is well known that gut dysbiosis impacts various aspects of human health, from cardiovascular disease to asthma.1 Bacterial composition in the digestive tract can be influenced by many aspects of daily life: stress levels, environmental exposures, and dietary habits, including alcohol consumption, to name a few.1-2 The literature also suggests that alcohol intake may play a role in the makeup of human oral microbiota through several mechanisms including direct cytotoxic effects on bacteria, changing the saliva-bacterium interactions, and by providing substrate for bacterial metabolism.2 Changes to oral microbiota composition may lead to dysbiosis within the oral cavity, resulting in increased risk for both oral and systemic disease processes including periodontal disease, dental caries, gastrointestinal cancers, and cardiovascular disease.2

Less well understood is how the quantity and types of alcohol ingested may influence the oral microbiome composition. A large, cross-sectional study of US adults published in Microbiome aimed to learn more about this relationship. Participants (N=1,044) originated from the American Cancer Society  Cancer Prevention Study II (CPS II) Nutrition cohort and the National Cancer Institute Prostate, Lung, Colorectal, and Ovarian Cancer Screening Trial (PLCO) cohort.2 Participants were categorized as non-drinkers, moderate drinkers (> 0 but < 1 drinks/day for women, and > 0 but < 2 drinks/day for men) or heavy drinkers (> 1 drink/day for women, >2 drinks/day for men).2 Additionally, participants who consumed a single form of alcohol exclusively (wine, beer, liquor) were defined as wine drinkers, beer drinkers, or liquor drinkers, respectively.2

Participant’s oral wash samples were collected after swishing vigorously with 10mL of mouthwash for 30 seconds and then expectorating into a specimen tube.2 16S rRNA gene sequencing was performed on the bacterial genomic DNA samples and analyses performed.2 Results from the analyses were studied alongside comprehensive demographic and lifestyle information gathered via questionnaires.2 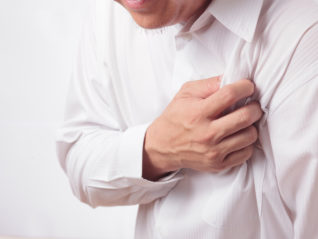