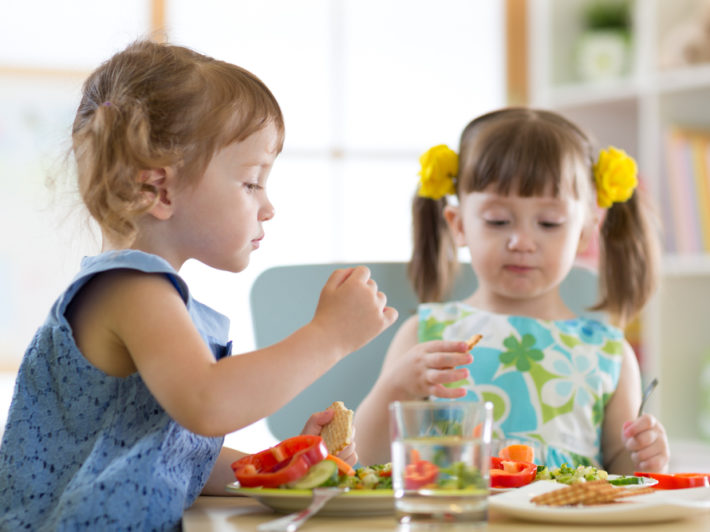 Color your plate, so the slogan goes. A 2018 study took this advice literally, incorporating pictures of fruits and vegetables (F&V) into school lunch plates with the goal of improving F&V consumption in preschoolers.1

F&Vs are a low-calorie, nutrient-dense (macro-, micro-, and phytonutrients) food group, but the US is getting a “failing grade” when it comes to F&V intake because typical Western diets are lacking in plant-based nutrition. Health behaviors, including dietary consumption patterns, start in early childhood and directly shape long-term practices.

On average, US preschool-aged children (ages 2-5) are consuming 0.48 cup-equivalents per 1,000 calories (CEPC)/day of vegetables and 0.97 CEPC/day of fruits.2 While whole fruit intake increased from the early 2000s to the year 2010, vegetable intake remained stagnant and subpar. 2 To date, no sociodemographic group meets the Healthy People 2010 target of 1.1 CEPC/day of vegetables.3 Schools are uniquely and regularly positioned to affect the nutrition environments of children. A 2012 study in elementary school children demonstrated that lunch trays with photographs in F&V compartments netted increased F&V consumption.4 The 2018 study adds to this evidence base, for the younger preschool-age group.1

The researchers sought to change the decision environment, making F&V consumption more likely in the young children.1 Children ages 3-5 (N=235; 51% female) across 18 preschool classrooms in Arvada, Colorado participated in the experiment, which included baseline and intervention periods, both consisting of 3 school days in a 1-week period.1 The intervention- segmented plates with F&V sections designated by pictures- took place 4 weeks after baseline (plain white plates), but lunch menus were identical in both baseline and intervention periods across all preschools.1 On day 1 of the intervention, children received a 5-minute introduction of the intervention plate to confirm they understood that pictures indicated designated spots for F&V; the children served themselves from F&V serving bowls and ate in their classrooms.1

Compared to the baseline period, calculations indicated that the children:1

Other noteworthy findings: The children may have had a particular affinity to cucumbers and carrots, since the strongest increase in vegetable selection/consumption occurred on the day they were served (day 2).1 Lastly, in correlation analyses, the segmented, pictorial plates were associated with significant increases in the amount of vegetables taken and consumed per child, but similar associations were not seen for fruits; the authors conjecture this may be due to a ceiling effect, since the children were already taking 88.5% of fruits available at baseline.1 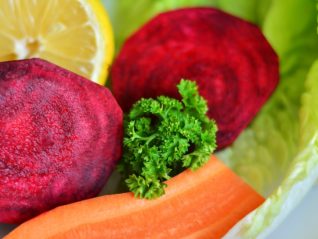 Your Mom was Right – Eat your Beets, They’re Good for Your Heart