In a single year, Clostridium difficile (C. difficile) is responsible for nearly 500,000 infections among patients in the US. Approximately 29,000 of these patients die within 30 days of initial diagnosis of the infection, and 15,000 of those deaths can be attributed directly to C. difficile infection (CDI). C. difficile is now the most common microbial cause of healthcare-associated infection in US hospitals, with excess health care costs in acute care facilities estimated to be $4.8 billion per year.1 C. difficile, an anaerobic toxin-producing gram-positive spore-forming bacterium, is also the leading cause of nosocomial diarrhea worldwide, with recent data indicating an increase in both the incidence and severity of infections.2

The most common cause of CDI is antibiotic exposure. The use of antibiotics alters the balance of flora in the gastrointestinal tract, allowing for the seeding and growth of C. diff, whose transmission is via the fecal-oral route. The manifestation of CDI is typically seen while individuals are still on antibiotic therapy and within the first month after commencing antibiotics. However, the risk of CDI may continue for up to 90 days after antibiotic treatment. Antibiotics that have been shown to carry the highest risk for CDI prevalence include clindamycin, cephalosporins and fluoroquinolones.2 Interestingly if not ironically, the recommended therapy for milder cases of CDI, including for initial and second recurrences, is antibiotics. More recently, fecal transplantation has emerged as a highly effective therapy for recurrent CDI.2

With a clear understanding of root cause and effects of CDI, altering the factors leading up to CDI becomes critical for reducing the incidence of the infection. Two such approaches have been the focus of recent research:

A recent study conducted by the CDC showed that a 30 percent reduction in CDI-associated antibiotics use in hospitals could reduce CDI by more than 25% in hospitalized and recently discharged patients.1 Similar results were found in a retrospective Canadian hospital study, where a 10% decrease in overall antibiotic use yielded a 34% decrease in CDI.1 Following these compelling findings, the UK adopted changes to antibiotic prescribing which has reduced their CDI infection rate by well over 60%, clearly indicating that implementing such steps in a large population is both possible and favorable.1

A systematic review and meta-analysis of 31 randomized controlled trials was recently published in the Cochrane Database of Systematic Reviews.3 The objective of the comprehensive review, which included a total of 8672 patients who completed the analyzed trials, aimed to assess the efficacy and safety of probiotics (any strain; any dose) as a potential preventative strategy for C. difficile-associated diarrhea (CDAD) in adults and children. The Cochrane analysis demonstrated that probiotic use resulted in a 60% reduction in the risk of CDAD. CDAD incidence in the probiotic groups was 1.5% compared to 4.0% in the control groups (placebo or no treatment). The authors of the review conclude that the evidence to date suggests that probiotics are effective for preventing CDAD and that short-term use of probiotics appears safe and effective when used along with antibiotics in patients who are not immunocompromised or severely debilitated.3 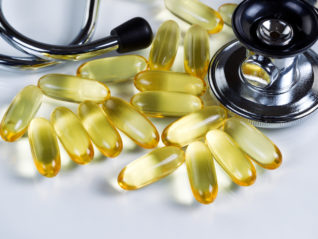 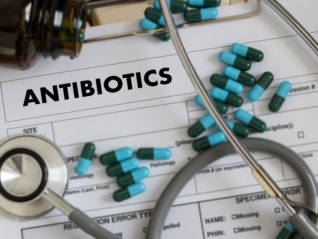