Omega-3 fatty acids and metabolic precursors such as specialized pro-resolving mediators, or SPMs, have been associated with reduction of inflammation, and other health conditions.  In pregnancy, omega-3 supplementation has been shown to reduce preterm birth and neonatal concerns.

A study by Ellen L. Mozurkewich et al explored if supplementation of EPA- or DHA-rich supplements during pregnancy increases SPM metabolites in serum and cord samples. This study was published in September 2016 in Frontiers in Pharmacology.

A secondary blood analysis was performed on 60 mother- newborn pair blood samples. The original study enrolled pregnant women within the first trimester to take either an EPA rich fish oil supplement, DHA rich fish oil supplement or soy oil placebo.  The mothers took the supplement for the duration of their pregnancy and 6 weeks postpartum. Blood was drawn from the mothers before supplementation, between 34-36 weeks gestation; umbilical cord samples were collected after birth.

Analyses were performed on stored plasma and cord samples to determine levels of SPM and SPM precursors. The analysis found that supplementation with EPA or DHA increased SPM precursor 17-hydroxy docosahexaenoic acid, or 17-HDHA levels, in both maternal blood and umbilical cord blood samples. Levels of 17-HDHA and 14-HDHA were found to be greater in umbilical cord blood than maternal blood samples

The results of this study support further research assessing the effects of omega-3 supplementation during pregnancy to reduce risk of various peri-partum maternal health issues including pre-term delivery, phlebitis, arthritis and even depression. This study also supports additional research to determine the effects of increased resolvins, protectins, and maresins in the fetus through gestational supplementation. 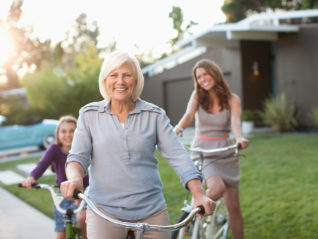 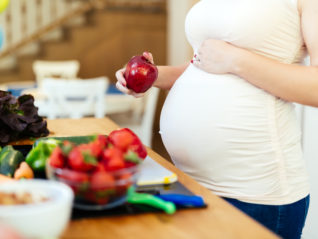