Veterans’ Dementia Risk Over 2x Higher with History of TBI

Practitioners working with military veterans should screen for TBI/concussion history Traumatic brain injury (TBI) has been shown to be a major cause of death and disability in the US, contributing to approximately 30% of all injury-related deaths.1 TBIs can be caused by myriad of events including motor vehicle crashes, falls, and sports-related injuries.1-2 In children and teens, 70% of concussions are related to sports related injuries, while in the elderly falls are the most common cause of concussions.2-3

This research question is particularly important in the case of active duty military personnel and military veterans, where recent statistics have found that, “17% of Iraq and Afghanistan troops reported experiencing a mild TBI during deployment and, of these, 59% reported more than one mild TBI.”4 TBIs in this population are commonly a result of blast injuries from improvised explosive devices (IEDs), suicide bombers, land mines, mortar rounds, and rocket-propelled grenades, but can also occur while in garrison and during field training exercises.5

A publication in JAMA Neurology reported findings from a study that examined the association between TBI severity, loss of consciousness (LOC) from the TBI event, and dementia diagnosis in veterans.4

In this retrospective cohort study, 178,779 veterans from the Veterans Health Administration (VHA) health care system with a diagnosed TBI between October 1, 2001 and September 30, 2014 and 178,779 patients from a propensity-matched comparison veteran group without a TBI diagnosis were compared. Analyses explored the severity of the TBI they had experienced, whether the TBI was accompanied by LOC, and whether the veteran was subsequently diagnosed with dementia (individuals diagnosed with prion disease and alcohol- or drug-induced dementia were excluded from the study).4 Study participants were followed for an average of 4.2 years until they were diagnosed with dementia, died, or completed their most recent clinical visit (whichever came first).4

Diagnostic data from the 178,779 veterans diagnosed with TBI includes:4

The adjusted hazard ratio for dementia diagnosis in TBI-diagnosed individuals when compared to those without TBI events:4

Additionally, it was found that cumulative incidence of dementia based on age at diagnosis increased progressively with TBI severity, and the average time from index date to dementia diagnosis was 3.6 years in individuals with TBI and 4.8 years in those without TBI.4

The findings of this study indicate that even mild TBI without LOC is associated with >2-fold increase in dementia diagnosis, whereas LOC during TBI and increased severity of TBI further intensifies this risk.4 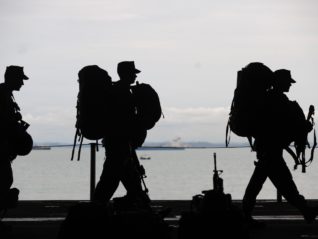