6 Medicinal Mushrooms and Their Immunomodulatory Properties From a culinary perspective, mushrooms are a very polarizing food. You either love or despise them, and you either order a meal based on their inclusion or veer far away from it. There are rarely feelings of indifference.

However, the notion that medicinal mushrooms are beneficial for health isn’t as divisive as their presence on the dinnerplate. Typically taken in as an extract, fungal varieties considered to be a medicinal mushroom have been used in traditional medicine for thousands of years to treat an array of ailments. Today, the use of medicinal mushrooms is becoming more and more prevalent in mainstream medicine research and practice.

What are medicinal mushrooms?

As most students learn in elementary science, mushrooms are a type of fungus. They are not, however, a taxonomic category.1 Mainly basidiomycetes in addition to some species of ascomycetes comprise the mushroom category. There are currently over 22,000 known species of mushrooms, but it’s estimated that there are really around 140,000 species residing on the planet.

A widely accepted definition of mushrooms was published in 1992 by Chang et al who described them as “a macro fungus with distinctive fruiting bodies that could be hypogeous or epigeous, large enough to be seen by naked eyes and to be picked by hands.”2 However, there is not an established definition for medicinal mushrooms. Medicinal mushrooms usually refer to select species that have exhibited medicinal or therapeutic properties, stemming from traditional or herbal medicine or scientific evidence. Documented use of fungal treatments first appeared in traditional Chinese medicine (TCM) thousands of years ago, including as a remedy for tumors.3 Fungal treatments were also prevalent in medicine in other east and southeast countries in Asia and were widespread in Russia until the 18th century.3

Medicinal mushrooms’ ability to act as therapeutic agents is due to their rich assortment of active compounds that vary species to species. These compounds are often derived from the fruiting body or mycelia of a fungus like polysaccharides including beta-glucans, phenolics, and phytonutrients. In general, these compounds have exhibited immunomodulatory, anticancer/antitumor, antimicrobial, and antioxidant capabilities in the body.1

The next section delves into six of the most common and well-researched medicinal mushroom species, their unique, active compounds, and their specific impact on health and biological functions.

More commonly known as reishi mushroom, Ganoderma lucidum is rooted in TCM as “mushrooms for immortality” and as a calming agent for insomnia and restlessness.1,4 It contains immunomodulating compounds including polysaccharides and triterperoids. Triterpene extract from this fungus has demonstrated anti-inflammatory and antiproliferative effects both in vitro and in mice by suppressing tumor necrosis factor-alpha (TNF-a) and downregulating certain transcription factors tied to inflammation (nuclear factor κB and activator protein).5

Additionally, polysaccharides extracted from Ganoderma lucidum have been shown to be immunomodulating through antitumor activity.6 A human trial involving 34 advanced-stage cancer patients investigated the effects of a 12-week oral supplementation of Ganopoly (Ganoderma lucidum polysaccharide extract) of a total of 1,800 mg split into three daily doses.6 At the end of the 12 weeks, there was a significant decrease in plasma TNF-a and interleukin-1 (IL-1)  and a significant increase in the mean natural killer cell activity compared to baseline, indicating an improved immune response.

Ganoderma lucidum and its extracts have also been studied for its antitumor (preclinical)7, sleep (animal)4, and T lymphocyte modulation (human)8 properties.

Hericium erinaceus, also known as lion’s mane, is best known for its therapeutic effects on nerve and brain health.9 Hericenones, extracted from the fruiting body, and erinacines, derived from the mycelia, are two novel compounds from Hericium erinaceus.9 In a double-blinded study, 30 Japanese men and women ingested high levels (~3,000 mg per day) of dry powder Hericium erinaceus in tablet form for 16 weeks. Ingestion of the mycelia powder was associated with improved measures of mild cognitive impairment.10

However, most of the research on Hericium erinaceus has been conducted in vivo or in in vitro animal models. These preclinical studies demonstrate that Hericium erinaceus mycelia enriched with erinacines induces nerve growth factor (NGF) synthesis, increases insulin-degrading enzyme (IDE), and reduces amyloid- β deposition.9

Extracts of Coriolus versicolor are currently approved as an adjunct therapy for cancer patients receiving chemotherapy or radiation therapy in China and Japan.11 Coriolus versicolor’s potent biological activities are often attributed to two polysaccharide-protein complexes cultured from this fungus: polysaccharide-krestin (PSK) and polysaccharopeptide (PSP). Research shows that the use of PSK as an adjuvant to cancer treatments improved the survival rate of patients as well as disease-free follow-up rates for gastric and colorectal cancer.12-15 PSK may also be beneficial for patients with esophageal cancer when combined with chemotherapy and radiation therapy.16,17

More commonly known, at least in North America, as button mushrooms or white mushrooms, Agaricus bisporus is one of the most cultivated mushroom species in the world. In vitro studies show boiled and raw extracts of this fungi inhibit oxidative stress.1

Studies show Agaricus bisporus and its extracts impact aromatase activity in breast cells.20,21 A study published in the Journal of Nutrition found that Agaricus bisporus had a dose-dependent inhibitory effect on aromatase activity in both and in vitro human placental aromatase assay and an aromatase transfected breast cancer cell model.20 Aromatase is responsible for converting androgen precursors into estrogens and, in breast cancer, can strongly influence tumor proliferation.20

Button mushrooms are widely available in grocery stores and also tend to be less expensive than other varieties. So compared to other medicinal mushrooms, button mushrooms are far more easily accessible for consumers, especially those in North America.

Cordyceps is native to the Himalaya mountains in Tibet and the high regions in China.22 This wild mushroom prefers a high altitude of around 10,000 to 13,000 feet above sea level, and these difficult growing conditions have made scaling cultivation of this mushroom challenging and supply limited in parts of the world.22 Cordyceps can now also be artificially grown, alleviating some of those challenges. Although extracts from the wild varieties vs. the artificially cultivated variety should be identical in their chemical structure, properties, and bioactive compounds, they in fact differ in these constituents and may have differences in their bioactivity and efficacy.  Therefore, the differences should be mentioned in the literature and clearly noted by the reader.

Cordyceps is often used as an adaptogen or an immune stimulant, and there is a human trial to support this claim. One of the mushroom’s active components is a mycelia extract called Paecilomyces hepialid. An eight-week randomized, double-blind, placebo-controlled study of this extract was conducted in 79 healthy adults to confirm its safety and immune-enhancing benefits.22 Those in the intervention group received a total of 1.68 g per day of the extract via capsules. Results showed that those in the intervention group showed a significant increase from baseline of natural killer cell cytotoxic activity compared to the placebo group at the end of the study.22

Fresh and dried shiitake mushrooms are commonly used in East Asian cuisine and have even integrated into kitchens across the Western countries. The mycelium of Lentinula edodes is a rich source of many active ingredients including lentinan. Lentinan is a polysaccharide with 1,3 beta-glucan as its active component.1 It plays a role in immunomodulation and spurs host immune response by activating natural killer cells, helper T-cells, and cytotoxic macrophages, as well as promoting T cell differentiation.1 These effects have primarily been documented through in vitro and animal model studies.1

Lentinula edodes mycelia extract, which includes lentinan, polyphenolic compounds, and L2, have even demonstrated antiviral capabilities. A 2018 study investigated the impact of this extract in vitro and in mice against the influenza virus.23 Lentinula edodes mycelia extract inhibited the growth of the virus during early phases of infection, and influenza-infected mice that received oral administration of the extract had improved survival, indicating potential anti-influenza properties.23

Immune-supporting properties of Lentinula edodes have also been studied in humans through consumption of whole, dried shiitake mushrooms.24 This four-week clinical trial involving 52 healthy men and women investigated the impact of consuming either 5 or 10 mg of mushrooms daily on measures of immune function such as γδ-T cell proliferation/activation, cytokine secretion patters, natural killer cell activity, and serum C-reactive protein (CRP). After four weeks, there was a significant increase in ex vivo proliferation of γδ-T cell and natural killer cells. There was also an increase in serum IgA levels and a reduction of serum CRP. This study is likely one of the first to measure the impact of whole shiitake mushroom consumption and markers of immunity in humans.

Medicinal mushrooms have a longstanding role in traditional medicine practices, particularly in China. Although modern research methods are now documenting the impact of mushrooms and their extracts’ pharmacologic impact on health, there are limitations to the current body of literature. First is that most of the research remains in vitro or in vivo animal models, so results cannot directly be generalized to humans. Second is the heterogeneity in mushroom preparations being studied. Is it a fruiting body or mycelia extract? Is it a raw or hot-water extract preparation? Is it a specific isolated bioactive of the mushroom being researched? Is it a tablet or capsule extract or whole mushroom consumption? And lastly, phenotypic variation, growth conditions, and life stages of a fungus all impact the content of bioactive compounds produced by mushrooms, meaning that the composition of all button mushrooms is not identical.25

There are MANY species of mushrooms that are considered medicinal. Each species varies in the type and quantity of active components from either the whole mushroom, fruiting body, or mycelia, which may exhibit different effects in the body. For healthcare providers, it’s important to recognize and know these differences when making recommendations to patients or answering questions on the role of mushrooms in health. Including whole mushrooms in the diet is one way to reap the benefits of this fungus and is appropriate for a wide range of individuals. There are also a variety of nutritional supplements on the market that contain powdered extracts from these mushrooms. While many medicinal mushrooms and their extracts show promise in treating a variety of diseases, like several forms of cancer, using them as a therapeutic agent beyond supporting general immune health is still being clinically evaluated.

Molly Knudsen, MS, RDN completed her dietetic training with an emphasis on nutrition education at Texas Christian University and earned a Master of Science in Nutrition Interventions, Communication, and Behavior Change from the Friedman School of Nutrition Science and Policy at Tufts University. Knudsen has experience working with commodity boards and providing student athletes with nutrition coaching. She now practices nutrition education by digesting complex nutrition science through the written word. 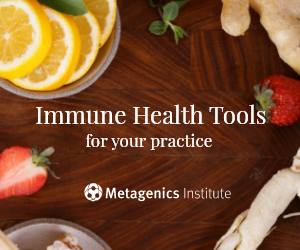