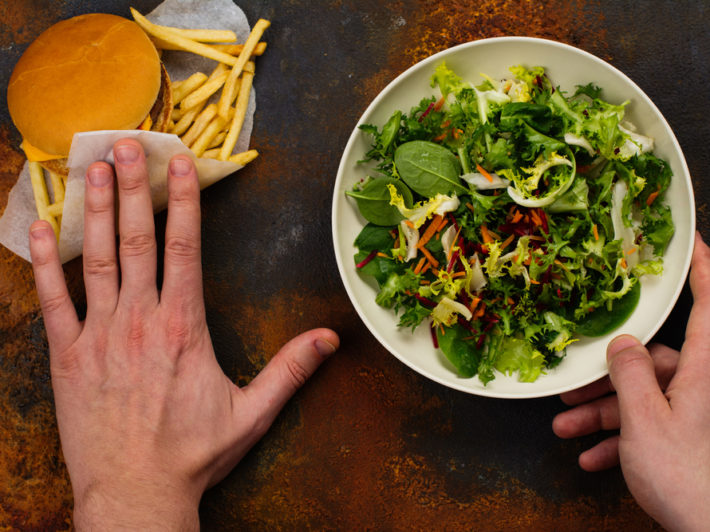 Research has established that inflammation is a risk factor for several chronic conditions such as diabetes, cardiovascular disease, arthritis, inflammatory bowel disease, and metabolic syndrome.1 But understanding how inflammation works can be overwhelming.

Chronic inflammation results from a breakdown of normal processes that regulate inflammation; these include both anti-inflammatory and pro-resolving pathways. Chronic inflammation is a long-term physiologic response to components such as poor nutrition, stress, viral infection, and environmental toxins. This chronic, low-grade inflammatory state can be “silent,” going undetected for years without manifesting any signs or symptoms, causing organ damage, which may lead to a myriad of health conditions.

1. Saturated fatty acids: The 1999-2000 National Health and Nutrition Examination survey (NHANES) data revealed a modest association between saturated fat intake (present in foods such as red meats, full-fat dairy, fast food meals, etc.) and elevated C-reactive protein (CRP) levels, which is a biomarker of inflammation.4 In vitro studies have shown a correlation between saturated fatty acid intake and an increase in pro-inflammatory cytokines such as IL-6, and TNF-α.5

2. Trans fatty acids: Artificial or hydrogenated trans fats, found in cookies, chips, and other processed snacks, have been linked with increased cardiovascular disease because they tend to increase LDL (“bad” cholesterol) but do not increase HDL (“good” cholesterol). In an analysis of the Nurses’ Health Study follow-up cohort, there was a 73% higher level of CRP in women who were in the highest quintile of trans fat intake compared with the lowest quintile, and IL-6 levels were 17% higher.6

Another observational study found a positive association between high saturated and trans fat intake from processed and red meats, full-fat dairy products, high-glycemic carbohydrates such as French fries, desserts, etc., in the Western diet, and inflammation.10

1. Polyphenols are naturally occurring plant compounds with numerous biological activities, which are found in fruits, vegetables, herbs, spices, cereals, and beverages such as coffee and tea. There are about 8,000 phenolic compounds that have been identified in plants11 and are categorized into four different classes.11,12 These classes are the phenolic acids, flavonoids, stilbenes, and lignans. Foods such as strawberries, raspberries, black radish, curcumin, and tea contain phenolic acids.13 Quercetin and kaempferol are the main types of flavonoids, which are found in onions, kale, leeks, broccoli, and blueberries.13 Flavonoids are also present in citrus fruits, millet, wheat, soy, red wine, green tea, and chocolate.13 Linseed is the richest dietary source of lignans, with lentils, cereals, garlic, and pears as being a minor source.13 Resveratrol, a stilbenoid, has been widely studied for its anti-oxidative property and is present in low quantities in red wine.13

2. Dietary fiber is described as a carbohydrate that is not absorbed or digested in the small intestine. There are two types of fiber; both are equally important due to the many positive health benefits that are associated with them. Soluble fiber includes gums, pectins, psyllium, and beta-glucans. Food sources include legumes, asparagus, Brussels sprouts, oats, and flax seeds. Insoluble fiber includes lignin and cellulose. Food sources include cabbage, onions, whole grain, wheat bran, dried fruits, etc.

One of the health benefits associated with fiber is its role in combating inflammation. Several epidemiological studies suggest that fiber intake reduces the risk of obesity, and high fiber intake leads to less inflammation, as indicated by lower plasma CRP levels.15 Clinical trials with fiber supplementation in patients with inflammatory bowel disease (IBD) resulted in reduced IL-6 levels and increased IL-10 (anti-inflammatory marker) levels in dendritic cells of patients with Crohn’s disease compared to placebo.15

3. Polyunsaturated omega-3 fatty acids (EPA and DHA) are essential and found in fatty fish such as salmon, mackerel, halibut, tuna, algae, and krill and some plant oils. EPA and DHA interfere with arachidonic acid metabolism, which once oxygenated can be transformed into prostaglandins and leukotrienes that can modulate inflammatory reactions. EPA and DHA also form pro-resolving lipid mediators, which can inhibit pro-inflammatory pathways and are critical to the resolution of inflammation.16

It was noted in the Nurses’ Health Study that there were lower concentrations of CRP, IL-6, and E-selectin, which are markers of inflammation, in the quintile of highest omega-3 intake compared with those in the lowest quintile.9 In another study, supplementation with alpha-linolenic acid (ALA) in 50 dyslipidemic patients significantly decreased CRP and IL-6 levels.9

One of the best ways to fight inflammation lies in your pantry, not the medicine cabinet! Here are some suggestions on incorporating anti-inflammatory foods in your diet:

Nilima Desai is Sr. Manager of Medical Marketing and Metagenics Institute. Nilima is a Registered Dietitian (RD) who received her undergraduate degree from California State University Long Beach in Nutrition and Dietetics and her Master’s in Public Health Nutrition from Loma Linda University. She has over 14 years of experience delivering medical nutrition therapy in the areas of diabetes, renal disease, weight management, and vegetarian nutrition. She also served on the board of the Renal Practice Group of the Academy of Nutrition and Dietetics from 2012-2016 as the Membership Chair. In her free time she runs half marathons and shuttles her two kids to their activities. The “Heart” of the Problem is Not Fat but Inflammation, Some Argue