Phytosterols and Their Effect on Lowering Cholesterol Levels Phytosterols, also referred to as plant sterols or stanols, are cholesterol-like molecules found in cell membranes of plants. Unlike cholesterol, however, the body cannot produce phytosterols. Therefore, their main source comes from plant-based foods, such as vegetable oils, nuts, seeds, legumes, and whole grains. There are multiple different types of phytosterols, but sitosterol, stigmasterol, and campesterol are most abundant in commonly consumed foods..

The function of phytosterols is similar to that of cholesterol in the body. Phytosterols may help lower the total and LDL cholesterol levels by blocking its absorption. If enough phytosterols are consumed, they compete with the cholesterol for absorption in the digestive track, which leads to less cholesterol being absorbed in the body, which can prevent clinically significant conditions like hypercholesterolemia[1].

A typical Western diet contains about 150-450mg/day of phytosterols.[2] The small amount of naturally occurring plant sterols and stanols are not enough to significantly lower serum cholesterol levels. Therefore, incorporating esterified plant sterols and stanols in functional foods into the diet can be an effective adjunctive therapy in the management of hypercholesterolemia.

The role of phytosterols in lowering cholesterol levels in the body has been studied extensively. One such study published in theAmerican Journal of Clinical Nutrition[3] found that consumption of a specific blend of phytosterols (80% sitosterol, 20% campesterol and sitostanol) along with a diet focused on including healthy fats led to significant reduction of total and LDL cholesterol levels compared to such a diet alone at the end of 30 days.

In this study, researchers enrolled 32 hypercholesterolemic men and randomly assigned the participants to the diet only (control group) or the phytosterol-enriched diet group. The dose of the phytosterol was 1.7g/day. All meals and dietary plans for both groups were formulated so that participants maintained their body weight. At the end of the study neither group experienced any weight loss, but at the end of the 30-day study, LDL cholesterol levels decreased by 8.9% in the control group and by 24.4% in the phytosterol enriched diet group. HDL cholesterol and triglyceride levels did not change significantly. After the 30-day period, all participants returned to their normal eating pattern, phytosterol supplementation was stopped, and participants from both groups returned to their baseline cholesterol levels. This observation emphasizes the importance of continuous lifestyle modifications for the management of hyperlipidemia.

Consuming foods and beverages supplemented with plant sterols and stanols, along with maintaining a healthy body weight have been shown to have a positive effect on lowering total and LDL cholesterol levels. Products that contain phytosterols are allowed a health claim by the FDA, which states, “diets low in saturated fat and cholesterol that include at least 1.3 grams of plant sterol esters or 3.4 grams of plant stanol esters, consumed in two meals with other foods, may reduce the risk of heart disease[4].” The health claim by the FDA indicates that evidence supporting the role of phytosterols has been evaluated rigorously, with positive outcomes.

The benefits of phytosterols are not just limited to their lipid lowering properties. Some evidence is suggesting the benefits may extend towards certain cancers, and diabetes but more research still needs to be conducted in these areas. 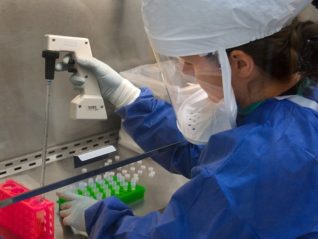