Phytosterols and Inflammation: What’s the Story? Obesity and cardiometabolic disease are metabolic perturbations associated with inflammation chronicity. The Western diet is typified by a surplus of calories, low nutritional quality, and high pro-inflammatory potential, thereby fueling excess adiposity, which further leads to inflammation. To break this obesity-inflammation cycle, adopting a healthful dietary pattern and incorporating regular physical activity is critical. Furthermore, identifying foods and nutritional bioactives that can reduce or counteract inflammation is important for the development of targeted nutrition therapies. This blog focuses on a class of plant lipids: phytosterols.

Phytosterols are known for their cholesterol-lowering ability

Phytosterols, which encompass plant sterols and stanols, are the plant kingdom’s analog of cholesterol (found in the animal kingdom). A large, robust body of research supports the established role of phytosterol supplementation in cholesterol reduction and by extension, cardiovascular disease risk reduction.1-3 By competing with cholesterol absorption in the gut and increasing biliary cholesterol excretion in the feces, daily phytosterol supplementation (in the range of 1.8-3g/day on average) induces LDL-cholesterol reductions in the range of 5-15%, a clinically meaningful magnitude.1

Phytosterols have more recently been investigated for their hypothesized role in diminishing inflammation, although the body of research is relatively small and equivocal at best. The potential anti-inflammatory role of phytosterols has been explored in preclinical4-9 and clinical10 studies. The in vitro cell culture4-7 and in vivo animal8-9 studies have suggested anti-inflammatory properties for phytosterols via their modulation of inflammatory activity of immune cells (macrophages and neutrophils). In contrast, the clinical evidence from a meta-analysis of randomized controlled trials utilizing phytosterol-fortified foods found no effect on C-reactive protein (CRP), a biomarker for chronic, low-grade inflammation.10

Genetic disorders often shed light on underlying physiological mechanisms. Sitosterolemia, also known as phytosterolemia, is a rare autosomal recessive genetic disease caused by homozygous or heterozygous mutations in specific genes: either/or ABCG5, ABCG8.11 Individuals with this mutation have increased absorption of dietary phytosterols in the gut and decreased biliary excretion; they consequently accumulate phytosterols in the blood at 30-100x higher than normal.12 Cholesterol (from animal products) levels can also be mildly to moderately elevated in these patients, some of whom experience hypercholesterolemia and premature atherosclerosis.11-12

A 2018 study13 sought to expound upon the potential mitigating role of phytosterols on inflammatory cytokines in obesity and metabolic disease models in humans and animals. First, the observational clinical study looked at cross-sectional relationships between phytosterol levels in the blood and inflammatory biomarkers in Japanese adults with and without diabetes.13 Distinct, inverse correlations were observed: higher serum sitosterol levels were associated with lower serum IL-6 and TNF-α (pro-inflammatory cytokines) levels in the diabetic and healthy individuals, and with lower PAI-1 in the healthy individuals only.13 No significant associations were seen for CRP and serum sterol levels.13 After controlling for a slew of potential confounders, the relationship between sitosterol levels, IL-6 and TNF-α persisted.13 Sitosterol is the predominant phytosterol in plant oils.2-3

Next, a well-designed animal model of sitosterolemia, obesity, and chronic inflammation assessed the effects of high circulating phytosterols (by deleting genes ABCG5/8) on body weight, glucose metabolism, and inflammatory cytokines in mice fed a high-fat diet.13 Compared to ABCG5/8 heterozygote (G+/-) control mice, the ABCG5/8 knockout (KO) (G-/-) mice had significantly higher plasma phytosterol levels, while plasma cholesterol levels were similar between groups.13 The control and KO mice had similar food intake, but the KO mice had significantly less body weight gain and adipose tissue expansion, as well as suppressed fatty liver changes.13 Furthermore, KO mice had lower IL-6 and TNF-α levels in plasma and tissues, in addition to lower expression of inflammation-related genes in the liver (for TNF-α and PAI-1) and adipose (for IL-6, TNF-α, and MCP-1).13 Although animal study results cannot be generalized to humans, the results of this study suggest that a mechanism may exist such that sitosterol suppresses obesity-related chronic inflammation and attenuates metabolic dysfunction.13

Chronic inflammation is thought to play a major role in metabolic disease development. Phytosterols, “famous” for their clinical utility in cholesterol-lowering,1-2 may also be involved in suppressing obesity-related chronic inflammation according to recent research, albeit in its early stages.13 While underlying mechanisms require further exploration, the potential role of phytosterols in mitigating inflammation is definitely worth discovery, particularly via human intervention studies. 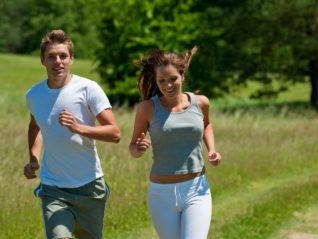