In keto-responders, significant reduction or resolution of headaches was observed Three months of nutritional ketosis provided relief from chronic cluster headache (CCH), according to a study by Di Lorenzo and colleagues.1 Headache complaints are among the most commonly reported neurological disorders. Migraines affect 1 in 7 adults annually and are 2x more common in women than men. In contrast, cluster headache (CH) is rare, affecting < 1% of the population and is 6x more common in men.2

CH is the most severe type of headache, significantly more intense and frequent than a migraine.2 CH pain is excruciating, stabbing, one-sided (usually around the eye), and triggers autonomic symptoms like sweating, flushing, tearing of the eye, and nasal discharge or congestion.2 CH can occur up to eight times per day, with the cluster period lasting for weeks or months.2 In contrast to episodic CH, patients with CCH have no remission periods.2 Drug-resistant CCH remains a debilitating clinical challenge.

An Italian research group examined the effects of 12-weeks of a ketogenic diet (using a Modified Atkins Diet, MAD) on drug-resistant CCH in 18 patients (7 females) using an open-label, single-arm clinical study design.1 All patients stopped using previous drug treatments before and during the study. A daily urine stick was used to assess whether the subjects were in ketosis. Using a headache diary, the primary outcome reported was a clinical response of ≥ 50% CCH attack reduction.1

The exact amount of food per day was calculated by a dietitian based on the patient’s individualized calorie needs. In general, the ketogenic diet regimen consisted of 3-5 meals/day using common foods. Macronutrient breakdown included:1

– After 3 months of the ketogenic diet intervention, average monthly CCH attacks dropped to 31 (+/- 84)

– 15 of the 18 patients were responders to the ketogenic diet intervention. Of those 15,

– 4 experienced CCH reduction of at least 50%

This study provides evidence that diet-induced ketosis attenuates CCH attacks. Proposed mechanisms include activation of the trigeminal nerve (pain mediation) and monoaminergic involvement (increases in dopaminergic & GABAergic activity),6 although these variables were not measured by the authors in this study.1 Future studies in this area would benefit from the addition of a control arm, larger sample size and the assessment of blood ketone levels.

The neuroprotective benefits of the ketogenic diet3 and exogenous ketone supplementation4 have previously been demonstrated for migraines. Although emerging applications are being considered, the largest body of research demonstrating the efficacy of the ketogenic diet on neurological outcomes remains for seizure reduction in patients with drug-resistant epilepsy.5 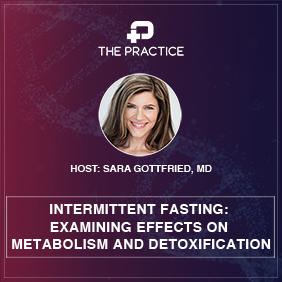