Clearing the Smoke Screen around E-Cigarettes

Are e-cigs safe and effective for smoking cessation? A fiery debate is occurring in homes, schools, research institutes, corporate board rooms, and healthcare organizations across the globe:

In order to answer these questions and more, it’s important to understand the history of e-cigs and how we’ve arrived to this point.

Prototypes and patents for e-cigs have been in the pipeline a handful of times starting as early as the 1930s without ever gaining a strong foothold in the marketplace for a variety of reasons.1 In 2003, however, Hon Lik, a 52 year old pharmacist, inventor, and smoker who had lost his father to lung cancer brought forth the first commercially successful e-cig in Beijing, China.1 This was followed in 2006 with the introduction of e-cigs into the European market and, within a year, into the US.1

E-cigs: why and what’s in them?

E-cigs were initially touted to the public and to healthcare officials as a means to curtail the number of active smokers and were to be used as a tool for smoking cessation.1 The claim was that e-cigs substituted 7,000+ various chemicals found in conventional cigarettes with a simpler liquid formula that could be “vaporized” then inhaled.1,2 The vapor from the e-cigs consisted of fewer chemicals and thereby, the assumption was, that e-cigs would be less harmful.1,2 This assertion was looked upon as generally favorable because within the 7,000+ chemicals in conventional cigarettes, at least 250 are considered harmful and 69 are deemed carcinogenic.1,2

Unfortunately, nearly 12 years later, a clear answer is lacking as to whether substituting e-cigs for cigarettes is actually an effective means of smoking cessation. Take for example, a publication in Nicotine & Tobacco Research, which reviewed 62 studies on cessation outcomes (smoking abstinence or reduction) related to the use of e-cigs.3 The systematic review concluded, “while the majority of studies demonstrate a positive relationship between e-cigarette use and smoking cessation, the evidence remains inconclusive due to the low quality of the research published to date.”3

Another publication reporting on a population-based, prospective cohort study looked at a sample of 1,284 US adult smokers; individuals were assessed at the beginning of the study and then re-contacted 1 year later to determine if e-cigs helped cigarette smokers quit, specifically assessing:4

Data from this study found no evidence that e-cigs helped adult smokers quit at higher rates than smokers who were not using these products.4

Due to the low quality of evidence currently available, the US Preventive Services Task Force has determined the evidence to be insufficient to warrant recommending e-cigs as a smoking cessation method, noting, “we conclude that available data on the use of ENDS [electronic nicotine delivery system] for smoking cessation are quite limited and suggest no benefit among smokers intending to quit.”5

Regardless of the emerging data, many proponents of e-cigs continue to tout their purported benefits, including the use of these devices to replace conventional cigarettes during smoking cessation and reducing smokers’ exposure to potentially harmful chemicals regardless of smoking cessation outcomes. Unfortunately, the e-cig use comes with its own set of detrimental health effects. As an overview, the following is a list of the potential health concerns stemming from the e-cig use:6

One of the most startling aspects of e-cigs is their rapid, widespread use and high accessibility within the adolescent population. The recently released 2018 National Youth Tobacco Survey points to a sharp increase in e-cig use by both middle and high school students from 2017 to 2018 (48% and 78% increase, respectively).7 The prevalence of middle school e-cig users increased from 3.3% to 4.9% during this 1 year time frame, while prevalence spiked from 11.7% to a staggering 20.8% in high schoolers; students identified reasons for their e-cig use, including:7

Examining data spanning longer than 1 year, the numbers become even more alarming. The Executive Summary of a Report of the Surgeon General entitled, “E-Cigarette Use Among Youth and Young Adults” reported a jaw-dropping 900% increase in e-cig use among high school students from 2011 to 2015.8

E-cig use in the long run…

One of the major points of debate in the e-cig community is whether the availability of e-cigs is, in the long run, a public health benefit (in that it will help to increase smoking cessation rates) or whether the long-term outcome will increase the number of people addicted to nicotine and related, detrimental health outcomes. To date, the answer to this question is equivocal, depending on the studies being reviewed.

A study published in Nicotine & Tobacco Research concluded that the potential life-years gained from smoking cessation through the use of e-cigs as a transition tool would exceed the potential life-years lost when taking into account new users of e-cigs.9 The authors estimated that the population would gain anywhere between 580,000 and 3.3 million life-years by 2070 when taking into account various parameters of smoking cessation with the use of e-cigs and the smoking initiation rates that would occur in the population in the same time frame.9

Contrary to the findings in the above study, the results from a different publication published in PLoS One concluded:10

In other words, this model’s extrapolated results, the authors’ conclusions were that e-cigarettes use would create more population-level harm than benefit.10

With these conflicting estimates, one thing does remain abundantly clear: additional research is needed to elucidate whether e-cig use nets more or less harm at a population level over a specific amount of time. It is not disputable, however, that non-use of any form of nicotine or tobacco is the most practical and prudent recommendation that should be discussed at healthcare visits, educational programs, public health campaigns, and with all ages of children, adolescents, and young adults.

Are e-cigs safe? The jury is still out. They may be less harmful when comparing them to their conventional cigarette counterparts, but they are surely not less harmful than total smoking abstinence in the first place. 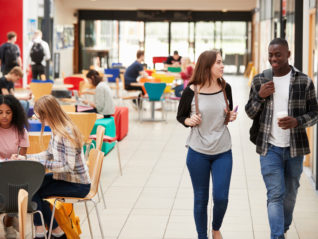 Unhealthy Dieting Trends in US Teens