Metagenics Institute sat down with family physician Erik Lundquist, MD for a Q&A session to bust some myths about the Cannabis plant and glean current insights for our readers on the clinical utility of phytocannabinoids naturally found in Cannabis, like cannabidiol (CBD). Read on to learn how, based on the scientific literature and in Dr. Lundquist’s clinical experience, these unique bioactives with actions in the endocannabinoid system (ECS) may be relevant to you and your patients.

What is the difference between hemp and marijuana?

Erik Lundquist, MD: Hemp and marijuana are different varieties of the Cannabis sativa L. plant, however, by definition and per statute—the Δ-9-tetrahydrocannabinol (THC) content in hemp is less than 0.3%,1 and it won’t produce the euphoric “high” associated with psychotropic effects of marijuana use. When a Cannabis plant contains more than 0.3% THC, it is classified as “marijuana.” According to the National Institutes of Health (NIH), in recent years, law-enforcement seized marijuana averages 16% THC, which is over 5,000% more THC than hemp.2 And, the United States Drug Enforcement Administration (DEA) reports marijuana concentrates can contain up to 80% THC, nearly 27,000% more THC than hemp.3 Cannabidiol (CBD) is another phytocannabinoid compound found in the Cannabis sativa plant, and Cannabis has been cultivated into various strains to modify the CBD:THC ratio.

Are CBD isolate and hemp extract the same thing?

What is are some different types of hemp extract?

The term “broad-spectrum” or “whole” hemp extract refers to extractions utilizing methods applied to the whole plant or a large portion of the plant, without isolation of specific compounds.5 Most people using broad-spectrum hemp extract are doing so for its CBD content, though other phytocannabinoids and terpenes may potentiate the health benefits of CBD alone.6

Dr. Lundquist: Yes! In order to understand the differences in activity of CBD isolate vs. hemp extracts, it’s important to have a basic understanding of the ways CBD and other hemp bioactives work in the body.

CBD exerts most of its health benefits by interacting with the endocannabinoid system (ECS).4 The ECS was named after the Cannabis plant, through research into how THC worked in the brain. Researchers identified a brain receptor that responded specifically to THC. That receptor is now known as CB1 (cannabinoid receptor type 1) and when stimulated, causes psychotropic effects.

Later research identified a second receptor, CB2 (cannabinoid receptor type 2), found mostly in the immune system and involved in immune regulation.4 CBD is a weak binder to both CB1 and CB2 receptors and therefore seems to have more of a balancing effect on the body than a stimulatory effect like THC.7 CBD is a pleiotropic compound, with activity at multiple targets.4

CBD has anti-inflammatory actions, mediated by increasing anandamide (AEA), an endocannabinoid produced naturally in the body.8 CBD does this by inhibiting fatty acid amide hydroxylase (FAAH), an enzyme responsible for breaking down anandamide to arachidonic acid. Additionally, CBD’s anti-inflammatory and analgesic effects are facilitated by its promotion of adenosine A2A receptor and TRPV1 channel signaling.9 Both are important checkpoints in pain response pathways.

As a result of these aforementioned mechanisms of action, I have observed clinically that broad-spectrum hemp oil extracts can have anti-inflammatory and pain improving benefits. Similar to CBD, the third most prevalent cannabinoid in Cannabis, cannabichromene (CBC), also possesses anti-inflammatory and analgesic properties.10 Cannabigerol (CBG) has a mild affinity for CB1 and CB2 receptors.11 Furthermore, compared to THC, CBG has more potent analgesic, anti-erythema, and lipoxygenase-blocking activities.12

Terpenes, a diverse class of organic compounds, found in hemp seed oil also seem to reduce pain.13 Myrcene, a monoterpene present in hemp, has analgesic and anti-inflammatory properties.13,14 Interestingly, in contrast to cannabinoids, myrcene’s effects are negated by naloxone, suggesting an opioid-like mechanism.14 In a preclinical model (rats), myrcene has been shown to block the inflammatory effects induced by prostaglandin-E2 (PGE2).15

Compared to CBD isolates alone, hemp extracts may have more of a balancing effect on the ECS. In fact, there might be synergistic actions, referred to as the “entourage effect,” of the diverse plant-based constituents in supporting ECS functions.16

For example, in a well-designed animal study (mice), researchers discovered a stronger, dose-dependent response to whole plant extract, compared to CBD isolate.16 They observed a bell-shaped response to CBD isolates when used as an anti-inflammatory and pain reducer.16 Comparing CBD isolate to a broad-spectrum Cannabis extract with both CBD and low THC—mice given the broad-spectrum intervention demonstrated a dose-dependent response to swelling and pain and prevented TNF-α production.16 In regards to pain relief, the broad-spectrum Cannabis product also outperformed aspirin and tramadol.16

CBD has also been shown to influence neurotransmitter binding of gamma-aminobutyric acid (GABA) and serotonin.17,18 Specifically, CBD is an allosteric modulator of the GABA receptor, allowing GABA to bind more efficiently.18 CBD is a partial agonist and allosteric modulator of serotonin receptors.17,18 Another phytocannabinoid found in broad-spectrum hemp oil, CBG, is a GABA reuptake inhibitor. Compared to THC or CBD, CBG has a stronger GABA effects in preclinical models.19

What conditions might benefit from the constituents found in hemp?

Dr. Lundquist: Research is growing on the ECS and the diverse clinical roles of cannabinoids, which may be key players in the pathophysiology of a variety of health conditions, including seizure disorders, anxiety, insomnia, chronic pain, fibromyalgia, posttraumatic stress disorder (PTSD), traumatic brain injury, cancer, and migraines.4,7,23-24 Although not studied as an intervention in humans yet, the CBD constituents of hemp have been shown to exert neuroprotective actions in mechanistic in vitro studies.20 In mice studies, cannabinoids have been shown to stimulate the release of brain-derived neurotrophic factor (BDNF),21 as well as increase hippocampal volume.22 Cannabinoids have also been shown to decrease microglial cell activity and attenuate stress-induced neuroinflammation.23

The constituents of hemp appear to exert many of their health benefits from balancing the ECS. Overstimulation of the ECS has been linked to pathologies like metabolic syndrome, inflammation, insulin resistance, overeating, obesity, and mental health instability.7 Understimulation of the ECS (i.e., clinical endocannabinoid deficiency [CED]) can be conducive to migraines, fibromyalgia, chronic fatigue, IBS, PTSD, and depression.24 These physiologic effects suggest potential for the constituents found in hemp to positively impact a variety of health conditions, particularly where inflammation and glycemic control play an important role.

What are your personal clinical experiences using hemp extracts and CBD isolates?

Dr. Lundquist: We mostly use hemp extracts for pain in my clinic and have helped many patients wean off narcotic medications. We have noticed patients with pain tend to respond better to broad-spectrum hemp extracts than CBD isolate. Although some patients who have used the broad-spectrum extracts for pain have also reported experiencing improvements in sleep and mood, we typically use CBD isolate in patients with anxiety, sleep, and cognitive complaints and for specific immune support purposes, too.

What side effects do patients experience with hemp products such as extracts or CBD isolate?

Dr. Lundquist: Most patients tolerate these products well, while a smaller subset of patients have a sensitivity and cannot tolerate one or the other, or both. The most common complaints include patients reporting that they don’t like the smell or taste, and some patients experience mild nausea.

– Hemp contains only trace amounts of THC, while THC content is maximized in marijuana cultivation.

– CBD isolate does not produce “entourage effects,” which may limit its clinical scope.

– Administering a wider range of phytocannabinoids and terpenes may benefit neuronal, psychiatric, inflammatory, and immune-mediated conditions by ECS balancing and homeostatic modulation of these systems.

Erik Lundquist, MD is the founder and medical director of the Temecula Center for Integrative Medicine. He is a member of the American Holistic Medical Association as well as the Institute for Functional Medicine. He specializes in thyroid disorders, chronic and adrenal fatigue, women’s health, digestive disorders, type 2 diabetes, and metabolic syndrome. Dr. Lundquist attended Occidental College in LA, where he graduated with a BA in Kinesiology and Biology. He received his medical degree from St. Louis University School of Medicine and completed his Family Medicine residency at Naval Hospital Camp Pendleton, where he served as Chief Resident. Dr. Lundquist spent eight years in active military duty in Iraq as a battalion surgeon with the Marine Corps, as well as at the Naval Hospital in Naples, Italy. Dr. Lundquist is board certified with the American Board of Family Medicine, as well as with the American Board of Integrative Holistic Medicine. 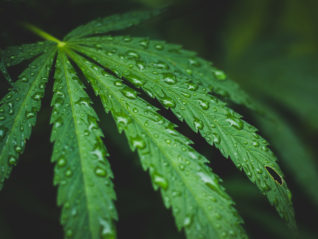