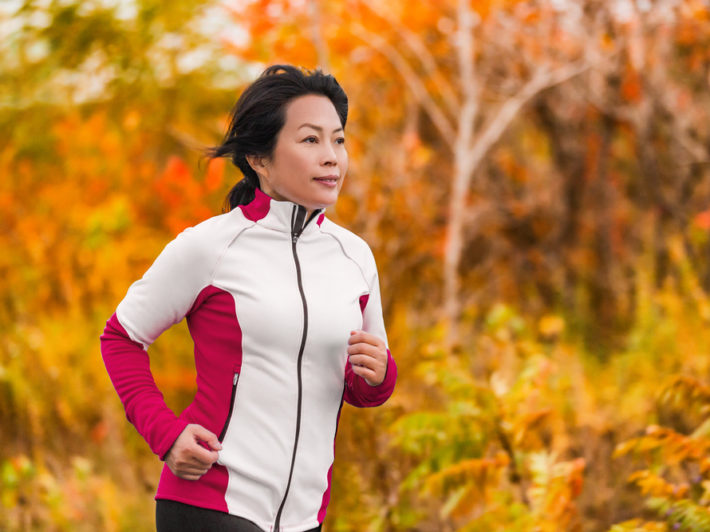 So far in our series on inflammation and specialized pro-resolving mediators (SPMs), we have covered a variety of topics, including aging and vascular disease. Those two topics come together in this post on women’s health as they age and experience the menopausal transition. Compelling research from Erasmus MC published in JAMA showed that early onset menopause is associated with an elevated risk of coronary heart disease. We know aging and vascular disease are both associated with inflammation, but is menopause specifically associated with inflammation? Let’s delve into questions of women’s health, aging, menopause, and the role SPMs may play in improving women’s health outcomes later in life.

In the JAMA article, the authors explain, “loss of ovarian function through menopause is associated with the activation of the renin-angiotensin-aldosterone system, leading to downstream endothelial dysfunction, inflammation, and immune dysfunction.” Furthermore, those intermediate outcomes are associated with obesity, diabetes, and hypertension. Thus, it makes sense that loss of the protective effects of endogenous estrogen can lead to diastolic dysfunction, among other poor cardiovascular outcomes.

Another study investigated the progression of vascular inflammation among healthy women as they move through the menopausal transition. The researchers measured flow mediated dilation (FMD), CD31+/CD42b- and CD62E+ endothelial microparticles (EMPs), and the circulating inflammatory factors monocyte chemoattractant protein 1 (MCP-1), interleukin 8 (IL-8), and tumor necrosis factor alpha (TNFα) before and after acute exercise. The women in the study were either perimenopausal or had been postmenopause for several years. Both groups had low levels of physical activity and had similar FMD before exercise. After exercise, however, the perimenopausal women’s FMD improved while the postmenopausal women’s did not. Perhaps most interestingly, following acute exercise, MCP-1, TNFα, and IL-8 were lower in perimenopausal women, but only IL-8 decreased in postmenopausal women. This study demonstrates that vascular inflammation worsens as women age through and beyond the menopausal transition.

As women experience the menopausal transition, increases in systemic and vascular inflammation and endothelial function can be observed. Particularly among menopausal women with a sedentary lifestyle and high intake of carbohydrates, chronic low-grade inflammation is common. Time since menopause, sedentary lifestyle, and metabolic syndrome are associated with elevated levels of high-sensitivity C-reactive protein, a common measure of inflammation. Another study demonstrated that, among a cohort of postmenopausal women with obesity, weight loss improved their inflammatory biomarkers within three months of the intervention.

Clearly, diet and lifestyle play a major role in the progression of inflammation in perimenopausal and postmenopausal women. It has been demonstrated that estrogen may accelerate the resolution of inflammation, making a compelling case for targeted hormone replacement therapies. However, for those women who prefer a non-hormonal method, SPMs are an attractive option, as they can facilitate the resolution of inflammation that may cause some of the poor health outcomes associated with menopause. A combined strategy of physical activity, maintaining a healthy weight, and SPMs may improve women’s health in menopause, particularly related to inflammation, endothelial dysfunction, immune dysfunction, obesity, and metabolic syndrome.

Muka T et al. Association of age at onset of menopause and time since onset of menopause with cardiovascular outcomes, intermediate vascular traits, and all-cause mortality: a systematic review and meta-analysis. JAMA Cardiol. 2016;1(7):767-776. Why Are Women at Increased Risk of Stroke?