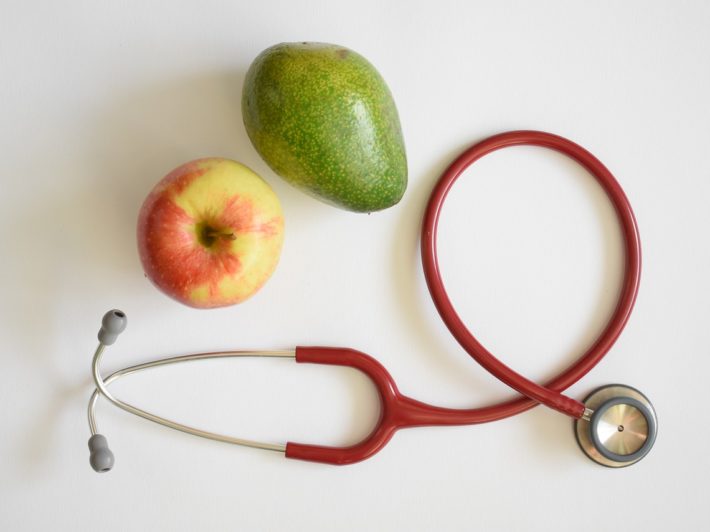 Metabolic syndrome (MetS) is a chronic health condition comprised of a group of risk factors that raise the risk of developing cardiovascular disease, diabetes, and stroke. The National Institutes of Health (NIH) identified five risk factors that indicate that a patient may have MetS. These include a large waistline, elevated triglycerides, low HDL cholesterol, high blood pressure, and high fasting blood glucose. As prevalence and incidence of obesity increase globally, the risk of developing MetS increases as well. The NIH indicates that MetS may overtake smoking as the leading risk factor for cardiovascular disease.

Because MetS is composed of a series of risk factors, it can be difficult to measure clinically. While the individual components of MetS can predict cardiovascular disease and diabetes equally as well as a MetS diagnosis, it may be useful to present a clinical diagnosis to patients who have sub-clinical cardiovascular disease, in order to motivate lifestyle change.

Mechanisms of Inflammation in MetS

Frequent Metagenics Institute collaborator Dr. Frank Hu of the Harvard T.H. Chan School of Public Health and his colleagues wrote, “inflammation, endothelial dysfunction, and insulin resistance have been suggested to be the ‘common soil’ for various components of MetS,” and more details are being learned on how obesity, inflammation, and MetS are related. Potential mechanisms of inflammation related to MetS are described in a Journal of the American Medical Association editorial and include the concept that,“elevations of atherogenic lipoproteins, low levels of high-density lipoprotein, high levels of plasminogen activator inhibitor 1, and insulin resistence – all risk factors of the metabolic syndrome – may injure the arterial wall and elicit an inflammatory response.”

As that inflammatory response persists and becomes chronic throughout adipose tissue and the body as a whole, cell and tissue damage can occur.

It is widely recommended that individuals adopt an anti-inflammatory Mediterranean-style diet to reduce their risk of developing MetS. The Mediterranean diet is typically high in cereals, vegetables, fruits, and olive oil, includes moderate intake of fish and alcohol, and low intake of dairy products, meats, and sweets. In a randomized trial, 90 adults with MetS were randomized to adopt a Mediterranean diet. After two years of following the diet, the study participants who had followed a Mediterranean diet had significantly improved their biomarkers of inflammation, including hs-CRP, IL-6, IL-7, IL-18, when compared to the control group. Those participants who followed the Mediterranean diet also had a greater decrease in body weight, decreased insulin resistance, and improved endothelial function.

In addition to following a Mediterranean diet, pro-resolving mediators from the fatty acids EPA and DHA have been shown to resolve the inflammation that is endemic in MetS. This class of mediators is also known as Specialized Pro-Resolving Mediators, or SPMs. They are generated endogenously in the body from EPA and DHA.

A review published in August 2016 in the European Journal of Pharmacology provides a detailed overview of the metabolic pathways involved in the resolution of inflammation by SPMs. In patients with obesity and MetS, SPMs act as “counter-regulators of the persistent inflammatory status present in adipose tissue of obese individuals.” SPMs resolve the endemic inflammation described above, rather than blocking it, thereby improving MetS, and even reversing it. Indeed, SPMs may even have a therapeutic effect on patients with MetS and may prevent liver disease, a common co-morbidity of MetS and obesity.

Rather than attempting to block the inflammation that is common in MetS patients, resolving inflammation through an anti-inflammatory diet and supplementation with SPMs is a more effective approach. Science continues to shed more light on the relationship between obesity, MetS, and inflammation, and adopting lifestyle behaviors to reduce risk factors for each one will impact health for the better.