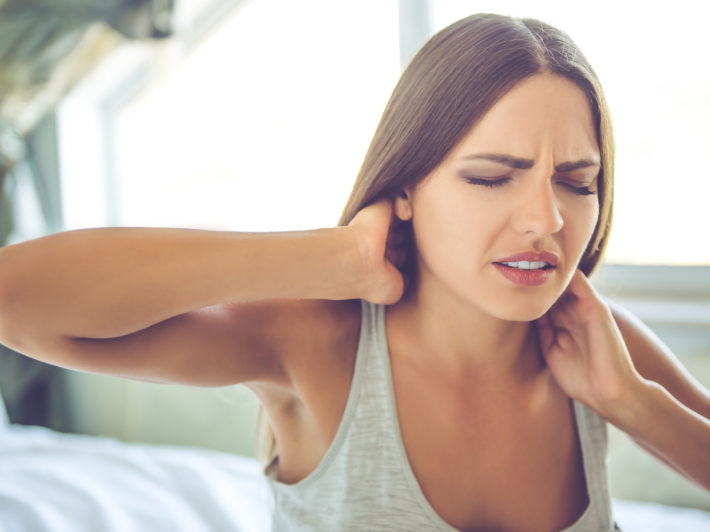 Since 2016, the US Department of Health and Human Services has brought a new level of awareness to the opioid crisis in America by declaring it a nationwide Public Health Emergency.1 In the US, it is approximated that 2.5 million people have been diagnosed with an opioid use disorder (OUD), and 4 in 5 new heroin users started out misusing opioid prescription pain medication.2 As part of the efforts aimed at tackling this crisis, innovative research is under way advancing our understanding of pain and addiction and opening novel avenues for targeting different phases of the addiction cycle and opioid treatment (Figure 1). Many patients drop out of opioid treatment early if they cannot tolerate the pain and anxiety associated with standard opioid treatment protocols. Therefore, discovering new methods to alleviate opioid withdrawal and relapse and finding substitutes to attenuate pain with less abuse potential are important steps in enabling transition to protocols for nonaddictive opioid treatment alternatives.

Figure 1. Different phases of addiction and current treatments at each stage.3 Overview of endocannabinoid system (ECS) and potential for treatment of addiction

Chronic pain is thought to be largely due to neuroinflammation, a condition characterized by migration of immune cells into an area of injury which release inflammatory chemical products that lead to chronic pain.4 These inflammatory cells (mast and glial cells) are now targets for development of new medications for treating chronic pain. Evidence indicates that suppressing the activation of these cells may limit or abolish the evolution of acute to chronic pain.5

The endocannabinoid system (ECS) is an important physiological system involved in regulating and balancing numerous functions and processes in the human body, including but not limited to stress responses, pain sensations, mood and memory, and immunomodulatory functions like attenuating inflammation.6,7 The ECS has been well documented to mediate the body’s responsiveness to stress and negative emotional states prevalent in substance use disorders.8 Cannabinoid receptor activation produces a rewarding effect through interactions with other signaling systems in the body.

Given that there is strong crosstalk between the endocannabinoid and opioid systems,9 exogenous ECS modulators, such as cannabidiol (CBD) in cannabis, have been studied in preclinical10 and human studies.3 A survey of nearly 3,000 medical cannabis patients found that nearly all respondents that concurrently take opioids (30%, N=871) said they could reduce their opioid consumption after adding cannabis to their treatment regimen, and 92% preferred cannabis to opioid prescription pills to treat their condition.11

The ability of CBD to modulate anxiety is significant for the possible treatment of addictions since anxiety is a core behavioral feature of opioid discontinuation that often triggers cravings leading to relapse.12 Even after a period of drug avoidance, dependent individuals may experience low tolerance to stress and vulnerability to cue-induced cravings. For example, repeated CBD administration in preclinical addiction models (5-20 mg/kg) showed inhibition of heroin-seeking behavior, with no changes in heroin self-administration.10 In a recent clinical study in heroin addicted individuals, CBD reduced both cravings and cue-based anxiety, which can contribute to relapse and continued drug use.13

A systematic review conducted in 2015 examined the effects of CBD on addictive behaviors.14 In all, 14 studies were analyzed, 9 of which were conducted on animals and the remaining 5 on humans. While CBD seemed to impact the intoxication phase and relapse phase of opioid treatment, it had little to no effect on the withdrawal phase. The ability to influence relapse is attributed to the antianxiety effects by decreasing cue-induced, drug-seeking behavior.

In addition, CBD has been shown to reduce the rewarding aspects of multiple drugs, such as heroin, cocaine, amphetamine, and nicotine, by blocking the sensitization of the brain’s dopamine system.8,15 In addition to reducing rewarding aspects of multiple drugs, CBD has limited misuse potential with minimal side effects or any toxicity reported in all the preclinical and human studies across a broad dose range (up to 1,500 mg daily in humans).14 CBD is a nonpsychoactive substance with limited diversion potential and very low lethality, which contributes to its strong safety profile.2

Palmitoylethanolamide as part of the ECS

Palmitoylethanolamide (PEA) is an endogenous bioactive lipid messenger also known as endocannabinoid-like molecule without binding to classical cannabinoid receptors.16 PEA is found in lipid extracts of foods and plants such as egg yolks and soy lecithin, as well as in human body organs and fluids including blood and breast milk.17,18

By interacting with the ECS, PEA plays an important role in various processes from anti-inflammatory and analgesic activities to neuroprotective actions.16 It has been used for many decades in Europe as a “food for medical purposes” targeting immune function19 and is under evaluation in the US for chronic pain of multiple types, especially nerve pain,20 inflammatory pain,20 and visceral pain such as endometriosis21 and interstitial cystitis.22 It is also effective and safe for use against influenza and the common cold.19

PEA is on the forefront of research into agents that may act on neuroinflammation. Its neuroprotective effect targets glial cells by downregulating the inflammatory cascade and limiting cellular necrosis and apoptosis processes.23 Anti-inflammatory and analgesic effects of PEA are mainly mediated by interacting with known nonclassical ECS receptors such as peroxisome proliferator active receptor alpha (PPAR-α) and transient receptor potential vanilloid type 1 (TRPV1), which is a known receptor channel involved in pain sensations.24

In a case series of patients with pain treatment-resistance, addition of PEA was found to hold back usage of traditional analgesics.25 In this report, seven different clinical chronic and neuropathic pain cases were reported, and PEA was added either alone or in conjunction with the standard analgesic treatment regimen. Pain was reduced by 40-80% compared to baseline scores on a 10-point numeric rating scale, and no serious side effects or drug-drug interactions were reported, indicating good efficacy and safety.25

Di Cesare Mannelli et al. investigated the addition of PEA to morphine treatment in an animal model of nociceptive pain (i.e. administration of a painful stimuli followed by a measurable response).26 PEA doubled the number of days of morphine treatment efficacy, suggesting a relationship between glial cell inhibition and diminished opioid tolerance. In another animal model, PEA blocked nicotine activation of dopamine neurons through a PPARa-mediated mechanism, suggesting that PEA may provide a potential new target for the treatment of nicotine addiction.27

Final thoughts and next steps

The opioid epidemic has become an immense problem in North America, and despite decades of research on the most effective means to treat OUD, overdose deaths are at an all-time high, and relapse remains pervasive. One potential non-opioid therapeutic target is the ECS, which modulates brain reward and motivation mechanisms and regulates cue- and drug-induced relapsing phenomena in preclinical models. Thus, the ECS is potentially a novel target for treating reward-dysfunction-related disorders and as a therapeutic intervention for opioid treatment and relapse.

Although the majority of CBD and PEA evidence on patients with pain who are trying to wean off narcotics/opioid analgesics are anecdotal, the compelling nature of these data, and their relative safety profile, warrant further exploration of these compounds as an adjunct or alternative treatment for OUD.