Apolipoprotein E (ApoE) is a lipoprotein encoded by the apolipoprotein E (APOE) gene located on chromosome 19; this protein is primarily responsible for transporting and metabolizing cholesterol and other lipids.1 Although expressed in various tissues throughout the body, the highest ApoE concentrations are found in the liver, kidney, spleen, adrenal, adipose tissue, and the brain or central nervous system (CNS), where it is predominately involved in neuronal maintenance, growth, and repair.1,2

There are six possible genotypes from the 3 alleles of the APOE gene: ε2/ε2, ε3/ε3, ε4/ε4, ε2/ε3, ε3/ε4, ε2/ε4.2 Each of these genotypes confer a different capacity for neuronal maintenance, repair, or regrowth. As an example – the ε3 allele supports neurite outgrowth, while ε4 inhibits this action.2

The ε4 allele has gained a great deal of interest in the scientific community for its role in age-related cognitive decline during the normal aging process, as well as for its central role as a risk factor for Alzheimer’s disease.2,3 Moreover, the ε4 allele has been implicated in other neuropathological processes, including mitochondrial dysfunction, inflammation, increased amyloid-beta (Aß) production and accumulation, and altered Aß peptide clearance.2 These phenotypic characteristics of the ε4 allele have led to the APOE ε4 genotype being elevated in status to a risk factor for possible neuropathology following CNS compromise.2

The potential role of ε4 to impact (or exacerbate) symptoms after CNS compromise is especially important in patients suffering from post-traumatic brain injury (TBI) (i.e., concussion), with the military and veteran population being of particular interest due to the well-established findings that military-related TBI during deployments is the strongest predictor of PTSD symptoms in service members.4

Beyond PTSD, potential TBI-related mental health concerns include depression, anxiety, substance abuse, and high levels of various other psychiatric issues.5,6 In fact, one study determined that >80% of service members from Afghanistan and Iraq-era veterans with TBI also had at least one clinician-diagnosed psychiatric disorder, including being 3 times more likely to have been diagnosed with PTSD compared to their non-TBI compromised counterparts.6

Although civilian statistics also note a high rate of mental health symptoms post-TBI, until recently there have not been focused studies on the veteran and military population as is relates to this phenomenon.2 Merritt et al. published a 2018 study on this health concern in the Journal of Neurotrauma, examining whether the ε4 allele influences neuropsychiatric symptoms in military veterans with and without mild-to-moderate TBI.2

It had been assumed prior to the start of the study, that participants with a ε4+ status, with or without TBI history, would show greater adverse symptomatology such as anxiety, depression, etc.2 However, this was not the case, as a lack of effect was found in the presence of an ε4+ allele in participants without a history of TBI.2

The authors concluded, “these findings bolster the hypothesis that, in the aftermath of neurological insult (e.g., TBI), those with an ε4+ allele are at risk for more adverse outcomes relative to ε4—individuals”.2

In conclusion, since military personnel, both active and veterans, have a high prevalence of TBI which treating practitioners should take into account when considering future testing and treatment approaches. Further, patients with known TBI should be screened for ε4 allele status. Veteran and active duty APOE ε4+ allele carriers may be at higher risk for mental health sequelae following TBI, specifically, PTSD, depression, anxiety, and substance abuse.

Bianca Garilli, ND, IFMCP, USMC Veteran is a former US Marine turned Naturopathic Doctor (ND). She works in private practice in Northern California and consults with naturopathic and Functional Medicine leaders, including the Institute for Functional Medicine and Metagenics. She is passionate about optimizing health and wellness in individuals, families, companies and communities- one lifestyle change at a time. Dr. Garilli has been on staff at the University of California Irvine, Susan Samueli Center for Integrative Medicine and is faculty at Hawthorn University. She is the creator of the Military and Veteran Health Initiative and is the current Past-President of the Children’s Heart Foundation, CA Chapter. 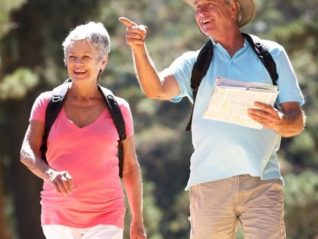 Veterans’ Dementia Risk Over 2x Higher with History of TBI