Dynamic duos exist throughout culture: Batman and Robin. Thelma and Louise. They also exist in lifestyle medicine, because nutrients don’t fly solo. They interact often interdependently, act as cofactors in metabolic pathways, and compete for receptors. One example is how vitamin C helps you absorb more iron, like you find in red pepper hummus. Other examples are zinc and copper, vitamin B12 and folate, or even the combination of berberine and milk thistle, which may increase the efficacy of berberine. One nutritional bioactive may be more important than the other for a specific biochemical scenario, or more proven in the scientific literature, but when combined, there’s synergy. The sum is greater than the parts.

The nutritional duo increasingly under consideration is vitamin D and K and how the synergy between them may improve patient outcomes. We all know that vitamin D deficiency and insufficiency are common, as described in detail in this foundational article on vitamin D deficiency and why the problem persists. Additionally, nutrient gaps for vitamin K are common. In this article, we will cover the role of vitamin D versus K, the data favoring vitamin D3 over D2 for supplementation, and the role of vitamin K1 versus K2. We will conclude with the clinical takeaways for how to manage the pairing of vitamin D and K in your clinical practice.

Vitamins D and K are both essential fat-soluble vitamins that are pleiotropic nutrients and have important clinical significance for the skeletal and cardiovascular systems and beyond—meaning they have benefits outside of just bone strength and metabolism.1

Vitamin D (ergocalciferol-D2 and cholecalciferol-D3) acts as a steroid hormone and plays a central role in many components of our skeletal and extraskeletal health, including calcium homeostasis, bone mineralization, and promoting immune and cardiovascular function.2

Vitamin K (phylloquinone-K1 and menaquinones-K2) is another group of essential fat-soluble vitamins and cofactors that are required for the production of several important proteins that are involved in calcium and blood coagulation homeostasis.3 Vitamin K also plays a central role in decreasing calcium accumulation in the smooth muscles of vascular walls.3

The biochemical steps required for the activation of both D2 and D3 result in the same active metabolite, calcitriol (1,25[OH]2D), but research has shown differences between the two forms in raising the serum 25(OH)D levels, the best indicator of vitamin D status.7

The research investigation continues to fully elucidate the mechanisms underlying the relative potency of vitamin D3 vs. D2 supplements on 25(OH)D levels. In fact, dosing schedule (daily vs. bolus dosing) and gender may play mediating effects on the differences, in addition to difference in metabolism (e.g., speed of hydroxylation) and catabolism of D2 vs. D3.9

Vitamin K1: Transported principally to the liver and regulates cofactors that aid in coagulation of the blood.3

Vitamin K2 (MK-4, MK-7): Transported to extrahepatic tissues, such as bone and the vascular wall. It is a cofactor for carboxylase activity and facilitates the ɣ-carboxylation of bone-specific proteins such as osteocalcin (OC) and matrix Gla (MGP).3 OC takes calcium from the blood and binds it to the bone matrix, which in turn helps increase bone formation.10 MGP inhibits calcium precipitation in the matrix of the cartilage, vessel wall, and soft tissue, thus helping to prevent vascular and soft tissue calcification.3

Studies have compared the effects of vitamin K1 vs. K2 on blood coagulation factor and serum half-life of vitamin K and have found the impact of K2 to be greater than K1 for both.11

A randomized controlled trial (RCT) involving 92 osteoporotic, postmenopausal women, aged 55-81 years, was conducted to assess the effect of the combined administration of vitamin D3 (as 1α-hydroxyvitamin D3) and K2 on bone mineral density (BMD) of the lumbar spine over a 2-year period.4 BMD was measured at baseline, 1 year, and 2 years. The participants were divided into 4 different groups:4

The mechanism for the beneficial impact of the combined administration of vitamins D3 and K2 remains unclear, and further studies are needed to understand this.

Another RCT involving 126 postmenopausal women with osteopenia and osteoporosis was conducted to assess the effect of combined use of vitamins D3 (as 1α-hydroxyvitamin D3) and K2 on the vertebral BMD over a 2-year period.5 The participants were divided into the following 4 groups:5

At the end of the study period, vertebral BMD decreased 4% in the control group, whereas it increased significantly in the group receiving combination therapy (D3 + K2) 4.92% ± 7.89%, p<0.01. Vertebral BMD increased 0.135% in the K2 group compared to control; the BMD result in the D3 group was significantly different from control but not from the K2 group.

Based on these data, it can be concluded that combination therapy may have a synergistic effect on improving vertebral BMD compared to D3 or K2 alone.

An RCT involving 78 postmenopausal women aged 60+ was conducted to assess the effects of vitamins D and K on BMD and undercarboxylated OC (UcOC), a hip fracture indicator, over a 6-month period; 45 women completed the study and were included in the per protocol analysis.6

Some observational and animal studies also support these findings.12 There were limitations to the study, including the small number of participants, high dropout rate, and lack of a separate comparator group that did not receive any supplementation.

Researchers are also studying the impact of joint supplementation of vitamins D and K on glucose metabolism and inflammation. These studies have demonstrated beneficial effects on markers of oxidative stress, upregulation of insulin receptor genes, and enhancement of β cell proliferation.12

Vitamins D and K represent common, significant nutrient gaps for the majority of Americans.14 Due to the synergy and overlap of these two nutrients in the regulation of calcium levels as well as the interplay in bone and cardiovascular health, the combination of D + K contributes to lower morbidity and mortality related to these conditions.1

Clinical takeaway: When you prescribe vitamin D to your patients for vitamin D deficiency or insufficiency, it is prudent to consider vitamin K, another common fat-soluble nutrient gap. Furthermore, the evidence to date for bone and cardiovascular health supports recommending vitamin D3 together with vitamin K2.

Nilima Desai, MPH, RD is Sr. Manager of Medical Marketing and Metagenics Institute. Nilima is a Registered Dietitian (RD) who received her undergraduate degree from California State University Long Beach in Nutrition and Dietetics and her Master’s in Public Health Nutrition from Loma Linda University. She has over 14 years of experience delivering medical nutrition therapy in the areas of diabetes, renal disease, weight management, and vegetarian nutrition. She also served on the board of the Renal Practice Group of the Academy of Nutrition and Dietetics from 2012-2016 as the Membership Chair. In her free time she runs half marathons and shuttles her two kids to their activities. Are You D-Prived? Vitamin D Deficiency and Why it Persists 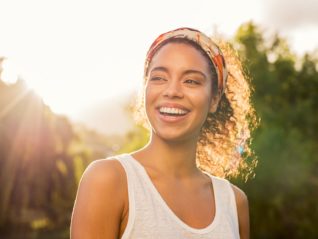