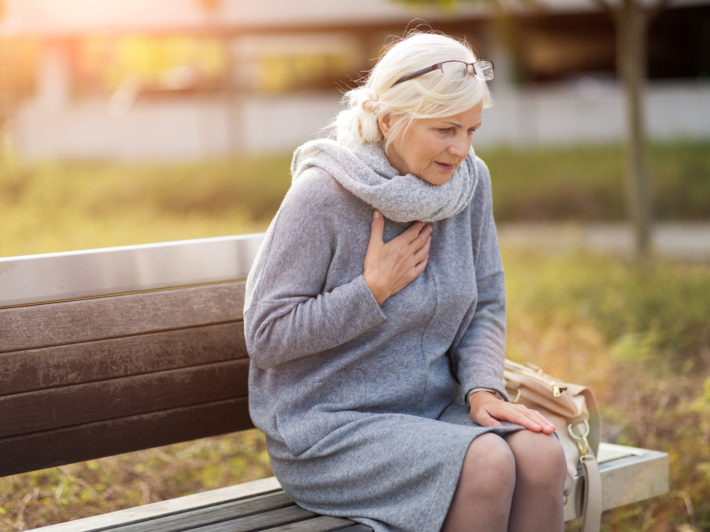 When we explore possible reasons why this is the case, we discover that there is a huge gap between what should be happening and what actually happens.  If you go into a typical medical office, they will tell you the five major risk factors for coronary heart disease (CHD) are hypertension, dyslipidemia, diabetes, obesity, and smoking.  Traditional medicine is focused on getting the LDL cholesterol down, getting the blood pressure down and controlling diabetes. However, the problem begins with not defining or measuring the top five risk factors correctly. Statistics show that approximately 50% of patients continue to have CHD or myocardial infarction (MI) despite presently defined ‘normal’ levels of the five risk factors listed above.5,6 This is often referred to as the ‘CHD gap’.7 Novel and more accurate definitions and evaluations of these top five risk factors are required, such as 24 h ambulatory blood pressure (ABM) results, advanced lipid profiles, redefined fasting and 2 hour dysglycemia parameters, a focus on visceral obesity and body composition and the effects of adipokines on cardiovascular risk.8

The second problem is, there are not only 5 risk factors for CHD.  More than 400 CHD risk factors have been defined.6  That means there are 395 coronary heart disease risk factors that are not being measured, addressed, or treated. In practice, we can divide these into major categories and look at the top 25 modifiable risk factors. Even if you just addressed those top 25, you would have a huge impact on coronary heart disease risk.9  Examples of non-traditional modifiable risk factors that can be measured include fasting blood sugar with an insulin level, homocysteine levels, and inflammatory markers like C-reactive protein or interleukins.  As previously discussed, measuring toxins and pesticides or measuring infections are also considered risk factors for a dyslipidemic response, and are related to CHD and MI.10,11

Once practitioners begin defining and measuring the risk factors correctly, the CHD model is totally revolutionized. The new model is similar to the model previously discussed with hypertension and lipids.  There are two big groups of insults that damage the coronary arteries. Group one is biomechanical—like blood pressure, or oscillatory blood flow. The other group is biochemical. That’s everything else you can think of- infections, microbes, toxins, pesticides, lipids, homocysteine, metabolic issues, dead tissue, bacteria, you name it. These two pathways define the infinite insults. Biochemical insults come in and attach to receptors on the coronary artery. These receptors tell the artery that the substance is either foreign or friendly and mount a signal transduction response that is either favorable or unfavorable.

In the acute setting, whatever’s coming in is contained and dealt with–end of story. But if you keep damaging the artery over and over again with the same insult, the body recognizes that as a chronic dysregulation. The body is doing what it is supposed to do, but in the process of trying to defend the artery from damage, it becomes the wounded victim. And that’s where we have to change the way we approach CHD. So once the receptors are stimulated, they end up with the same three finite responses that we had with blood pressure and with dyslipidemia: inflammation, oxidative stress, and immune dysfunction. Therefore, we can think of CHD as an inflammatory disease of the arteries, an oxidative stress disease of the arteries and an autoimmune disease.6,7,12 If you think of CHD in this way, your entire approach will be different (Figure 1). With this new approach to CHD, practitioners will start with measuring the top 5 risk factors correctly using 24 ambulatory blood pressure monitoring (ABM), advanced lipid testing, body composition analysis, proper measurement of blood sugar with insulin, HbA1C and all the things that look at the dysglycemic response in a continuum, and obviously, get them to stop smoking. Then the other 25 modifiable risk factors can be analyzed including homocysteine, oxidized LDL, inflammatory markers, oxidative stress markers, immune markers just to name a few.13  These risk factors can be combined with nutrigenomics, genetics and epigenetics to get a picture of a patient’s true risk.  Treatment can now go beyond treating the risk markers and translate into an actual change in vascular health in the coronary arteries.  This is called “translational vascular medicine” and helps practitioners ensure that therapy translates into modifiable vascular responses that reduce future risk for CHD and myocardial infarction.8  Therefore, the primary goal is a vascular biology approach.  If you make the artery healthy, you are going to reduce the finite responses that contribute to CHD.

First, it is important to know if the arteries are functionally abnormal. If the nitric oxide is low, and they’re constricted, it is non-obstructive coronary heart disease—also called Prinzmetal’s angina.14 The other form is obstructive coronary heart disease with a plaque.  The process of learning to treat coronary heart disease is not only making the blood vessel healthy, but also recognizing whether one of three types of plaque are present and doing something to stabilize and possibly reverse it so it doesn’t rupture. There’s obstructive plaque that is “stable,” meaning it’s not likely to rupture. There’s obstructive plaque that is not stable which is called “vulnerable plaque,” where all the lipids, macrophages and inflammatory tissue are in a lipid core with a very thin fibrous cap. If all that gets into the lumen of the coronary artery, it causes a thrombus. That’s an acute myocardial infarction. The third, which has just been recently recognized, is called “erosive plaque.”15 It’s a different kind of non-obstructive plaque. The containment of the plaque is very different and slowly erodes through the fibrous layer. In approximately 30% of patients who die from heart attacks, more often women, there is just an erosion or ulceration of the plaque surface, rather than a full rupture that leads to clot formation in the coronary artery.16

Let me give an example. A patient comes in with chest pain and completes all the testing and risk factor analysis. He only has 30% blockages in some of the larger arteries like the left anterior descending artery, right coronary artery or left circumflex artery. He is not a surgical candidate because the blockages are not severe enough.  As a medical therapy candidate there are a lot of things that can be done to reduce the three finite responses, and that’s where you want to aim your therapy. At the same time you’re doing all that, you get a baseline gene expression test. The score ranges from 0-40 and your patient comes in with a score of 25, which is barely moderate risk.

You start your treatment program, wait six months, and repeat the gene expression test and some of the nonvascular testing like coronary calcium score, the EndoPAT, the computerized pulse wave analysis, all of which will tell you about endothelial dysfunction and structure of the coronary arteries. Let’s suppose the score drops from 25 to 20, which indicates the treatment has reduced the finite responses because that tests measure inflammation, oxidative stress, and vascular immune dysfunction. You’ve successfully reduced the patient’s outcome for CHD and MI. Showing the patient that his therapeutic program is working is very motivational because once the patient sees his progress, he’s likely going to continue your program. And in fact, he’ll probably want to keep going to get it down even more. He may be motivated to turn off every single insult so he doesn’t have to get an angioplasty or coronary bypass graft 15 or 20 years from now.  Now practitioners can have a real impact on reducing risk of CHD.

In summary, we’ve reached the limit of reducing CHD and MI in this country. If we wish to revolutionize the prevention and treatment of CHD, a new approach should be implemented in the clinical setting. The top five CHD risk factors, as presently defined, are not an adequate explanation for the current limited reduction in CHD or the ‘CHD gap’. Proper definition and analysis of the top five risk factors, evaluating the other 395 risk factors and downstream mediators should be included with measurement of the three finite responses of inflammation, oxidative stress and vascular immune dysfunction, micronutrient testing, cardiovascular genetics, nutrigenomics, metabolomics, gene expression testing and noninvasive vascular testing. Early detection coupled with aggressive prevention and treatment of all cardiovascular risk factors will diminish the progression of functional abnormalities, structural problems and clinical CHD. This will be achievable by using a combination of targeted, personalized and precision treatments with optimal nutrition and nutraceutical supplements coupled with optimal exercise, weight and body composition management and a reduction in tobacco use. Approximately 80% of CHD can be prevented with this approach.8

Mark Houston, MD, MS, FAHA, FASH, DABC is a highly recognized cardiovascular and hypertension specialist, serving as a physician at St. Thomas West Hospital in Nashville, where he holds several leadership positions including Director of the Hypertension Institute and Vascular Biology, Medical Director of Clinical Research, and Section Chief for the Division of Nutrition. Dr. Houston cofounded the Hypertension Institute, which is one of the leading institutes in the US for hypertension treatment. An American Society of Hypertension (ASH) specialist and Diplomate of the American Board of Cardiology, Dr. Houston is also a Fellow of the American Society of Hypertension (FASH), the American Heart Association (FAHA), Internal Medicine (ABIM), American College of Nutrition (FACN) and Anti-Aging Medicine (ABAARM). Dr. Houston received his medical degree from Vanderbilt University. He also obtained two master’s degrees, in Human Nutrition and Metabolic Medicine and Human Nutrition, from the University of Bridgeport and University of South Florida, respectively. 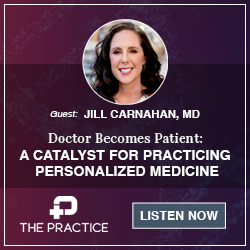 What Does the Omega-3 Index Tell You About Your Heart Health? 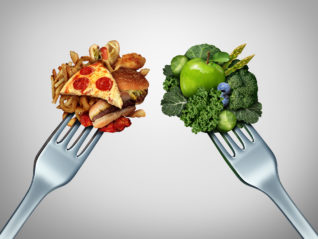