Inflammation: The Good, the Bad, & the Ugly 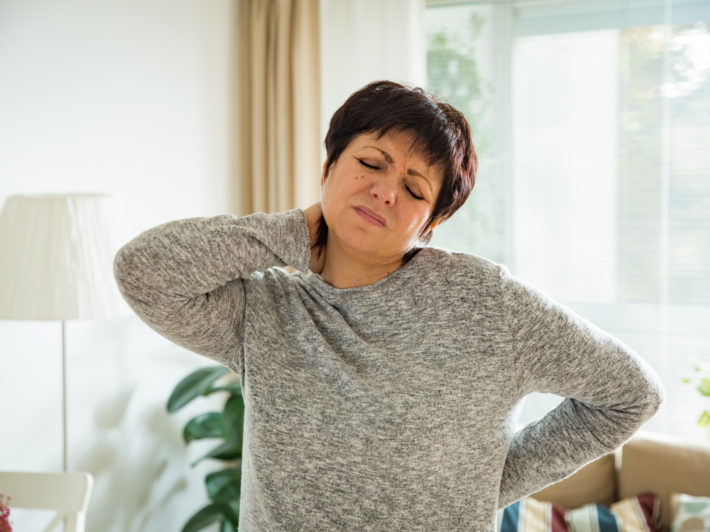 Too much inflammation can be a bad thing

When the topic of chronic disease comes up, the term inflammation is sure to be close behind. In fact, inflammation has received a fairly bad rap in the past years as research has underscored its prominent role in the promotion and perpetuation of many aspects of physiological dysfunction. Although not the root cause per se, inflammation has been shown to “add fuel to the fire” of a host of disease processes, playing a role in nearly all chronic illnesses.1-4 Here are a few examples where inflammation “feeds the flames” of prevalent diseases:1-4

Timely and balanced inflammation can be a good thing

Interestingly, inflammation is not always a “bad thing” and, when expressed in a timely and correct manner, is an integral part of human health. In fact, appropriate, acute inflammation serves as a first line response to potential pathogens, it limits excessive tissue damage after trauma, and stimulates the body’s inherent repair processes.5

Dolor (pain), calor (heat), rubor (redness), and tumor (swelling) were initially identified in the first century AD by the Roman scholar Celsus as the four classic signs of the inflammatory process.6 A fifth cardinal sign, functio laesa (loss of function), was eventually added and thought to be attributed to Galen, although controversy remains over the original contributor.7

The body is naturally primed to respond to damage or infection through the acute inflammatory reactions of locally occurring cells that produce cytokines and other acute inflammatory mediators. These strategically placed immune cells respond to looming “danger” (infectious agents and trauma) by sending out a series of chemical messages to communicate the problem to various cell types located elsewhere throughout the body. At the same time, other cells are stimulated to release specific substances such as histamine, bradykinin, serotonin, and prostaglandins—each playing a unique role in inflammatory processes, such as the extremely important vasodilation of local blood vessels.8 When “reinforcements” (mainly neutrophils, sometimes eosinophils and others) from various locations answer the chemical signal and arrive to the scene, they are able to migrate directly through the vasodilated capillary walls (diapedesis), making it easier and more expedient for an acute response to occur.9

The benefits of this complex, orchestrated sequence of events is protection and repair to the damaged or infected tissues and can be characterized by the processes of “hemostasis and chemotaxis.”10 These processes reduce the risk of excessive bleeding, further damage, or spread of infection beyond the localized site.10 The acute inflammation stage typically lasts a matter of hours to days.10

In a synchronized dance and while initial steps of acute inflammation are still occurring, additional chemical signals are also being sent out to initiate critical phases of the healing process. The healing process can be characterized by two major phases—the proliferative phase and the maturation-remodeling phase:10

Bacterial infection, an open tissue wound, and blunt trauma are just a few examples where these acute inflammation processes are both critical and beneficial. Acute inflammation plays a major role in human health, essentially discouraging further damage and supporting the healing process. Without an appropriate inflammatory response to infectious agents or trauma, healing is difficult and incomplete.

Unfortunately, when the inflammatory process goes awry or simply continues too long, this leads to the well-known term, “chronic inflammation,” along with its subsequent downstream chronic illness influences. In some cases, the cells associated with an appropriate inflammatory response fail to return, or resolve, to their pre-inflammation states; in other cases the inflammatory process is heightened and prolonged.11 In both situations there is typically an external stimuli perpetuating the inflammation; this could be a persistent infectious agent, or in other cases, it may involve dietary interactions or toxic exposures. In many cases, the chemical milieu associated with obesity perpetuates the inflammatory molecules, leading to further downstream damage.11-13

There are two approaches to maintaining a healthy and effective inflammatory response: First, an appropriately timed and placed acute inflammatory process is required in response to infection and trauma and for initiating the healing process. Second, it’s critical that once the benefit of the acute inflammatory response has passed, that the molecular basis of the response returns to its pre-inflammatory state, rather than smoldering into a low-grade chronic inflammation state. This inflammation resolution is an active process facilitated by lipid mediators—specialized pro-resolving mediators (SPMs); this physiological process and the key players were discovered only a couple decades ago by Charles Serhan, PhD, DSc and colleagues.14-16

Here are some specific steps related to lifestyle and personalized nutrition that can be implemented to support a healthy and effective inflammatory response and combat the chronicity of inflammation:16-20

Bianca Garilli, ND, IFMCP is a former US Marine turned Naturopathic Doctor (ND). She works in private practice in Northern California and consults with naturopathic and Functional Medicine leaders, including the Institute for Functional Medicine and Metagenics. She is passionate about optimizing health and wellness in individuals, families, companies and communities- one lifestyle change at a time. Dr. Garilli has been on staff at the University of California Irvine, Susan Samueli Center for Integrative Medicine and is faculty at Hawthorn University. She is the creator of the Military and Veteran Health Initiative and is the current Past-President of the Children’s Heart Foundation, CA Chapter.