Optimizing the “Second Meal Effect” for a Healthy Glycemic Response America’s metabolic based diseases are on the rise; with over 20 million Americans currently having Type 2 diabetes (T2D), it is expected that 1 in 3 will be diagnosed with this disease in their lifetime.1 Furthermore, every year over 610,000 Americans die of cardiovascular disease (CVD) and the number of people diagnosed with heart disease continues to climb as well. 1 Taken together, the statistics are staggering.

Both of these preventable diseases are exacerbated by obesity which, itself, is rising dramatically in the United States.1 It is imperative that sustainable lifestyle changes be implemented in order to stop the steadily rising metabolic disease rates. One key parameter to focus on is the optimization of blood glucose regulation.2 Blood glucose regulation in turn helps control insulin resistance and may play a key role in the prevention and management of T2D and CVD. New research into a sustainable lifestyle change that can support this critical parameter is what is known as the “the second meal effect”.2

Every snack and meal that is eaten affects the level of glucose in the blood and the associated insulin response. The glycemic load of a meal influences the glycemic responseto the following meal. The body makes an assumption of how much of a glycemic response it should have for the following meal, based on the previous meal so that it is ready when sugars hit the digestive system.2, 3 This process is known as the postprandial glycemic response (PPGR) or “second meal effect” and also called the “subsequent meal effect”.2,3 The exact mechanisms for this process are still being elucidated but the potential benefits for regulating blood glucose are intriguing.

The suppression of fasting free fatty acids (FFAs) may be a key part of the second meal effect.2,3 Clinical evidence has indicated that insulin release after a low glycemic load meal suppresses FFA concentrations, increases insulin action and reduces glycogen storage.2 Levels of cytokines have also been implicated in the second meal effect. Low glycemic load meals produce higher levels of GLP-1 and IL-6. GLP-1 has been shown to reduce gastric emptying and increases insulin release while IL-6 is an activator in adipose tissue resulting in lypolysis.2 Colonic fermentation of foods, such as fiber and legumes, may also contribute to a low glycemic response for the second meal effect by decreasing FFA levels.2, 3

On the other hand, while the mechanism is still being examined, it is believed that a high glycemic load meal increases the PPGR for the following meal leading to worsening glycemic control. Poor glycemic control is linked to metabolic diseases including T2D and CVD.3,4

Foods, which have been shown not only to have a low glycemic load but also to lower PPGR, include legumes, whole grains, and other sources of insoluble fiber.2,3 Consuming whole grains and legumes has shown to reduce PPGR not just for the next meal, but also seems to have a lasting effect for subsequent meals.3 The timing of eating legumes and whole grains does not seem to impact their benefit. Morning consumption can help to lower PPGR throughout the day, where as evening consumption lowers the following day breakfast PPGR response.3 Further research is needed, but the effects of consuming whole grains and legumes may also lower the HbA1c levels caused by long-term high glycemic load food consumption.3 It is advised to eat as minimally processed legumes and grains as possible to get the full benefit of this second meal PPGR regulation.3

Utilizing the concept of second meal effect can also support weight loss through improved blood sugar control, increased lypolysis and a lowering of glycogen storage.2,4 This may help aid over weight individuals to deal with that hard to lose body fat while also helping reduce insulin resistance.

From a clinical perspective, educating patients on the concept of a “second meal effect” may:

It is also important for clinicians to understand the second meal effect when measuring fasting glucose levels and PPGR as the prior meal may have substantial effects on the results.2

While the mechanism of the second meal effect is not fully understood it is clear that food choices favoring low glycemic foods can help in the prevention and management of metabolic disorders.2,3 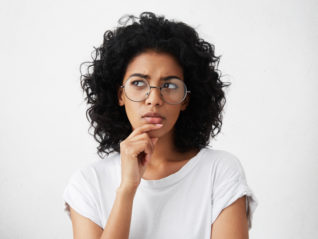